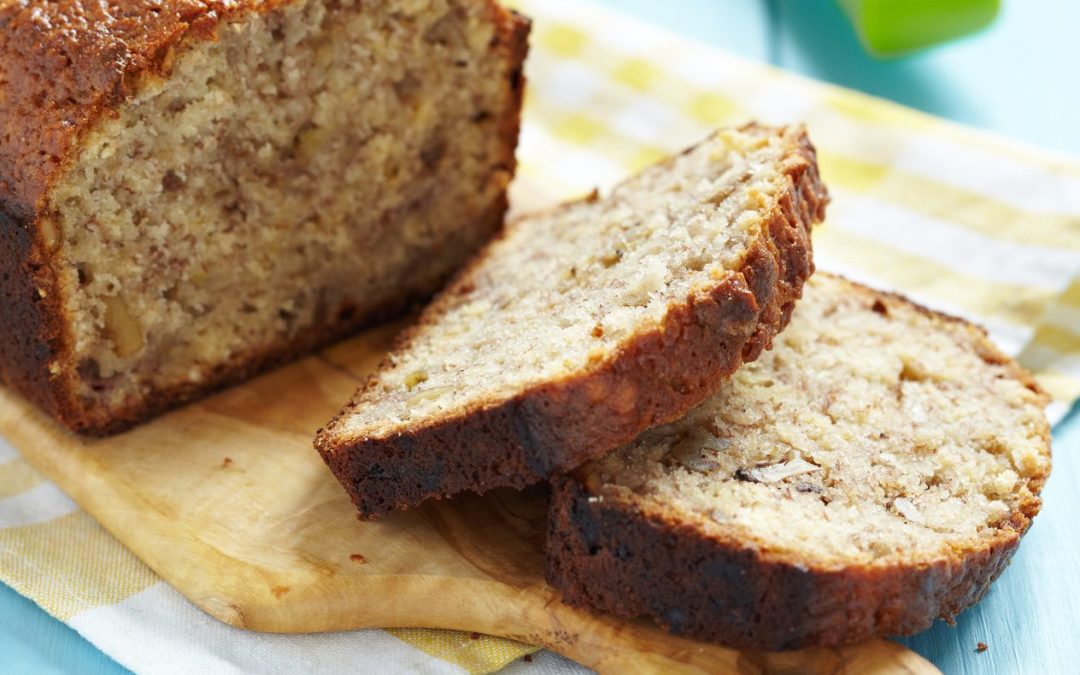 UPDATED FOR THE MOTHERFUCKING APOCALYPSE!

If my grocery store is any indication, you hoarded bananas. Who the fuck hoards bananas? Anyway, now you have rotting bananas. Dumbass. Time to let that dumb ass shine.

Note: This is the first recipe I ever posted, but shit went down last week and now it’s in need of updating. So here you go, motherfuckers. Anything I changed from the old recipe I’ll make note of.

I put Nutella in my banana bread a while ago. That was stupid. Why was it stupid? Because a shit-ton of calories were added for a negligible change in taste, that’s why.

It was my kids’ idea. Stupid kids and their stupid high metabolisms that can burn through a shit-ton of calories just by farting. They took my normally calorically reasonable banana bread and made it into a high sugar nightmare that is the bane of weight loss, and gave almost nothing in return.

Yeah, my friend Dr. Yoni Freedhoff blasted the shit out of that claim with this viral video. A recommended serving size of Nutella is 2 tablespoons, which only has five hazelnuts, plus a wee bit of cocoa, some palm oil, a bit of skim milk and whey powder, and a whopping five-and-a-half teaspoons of sugar, and all of this adds up to 200 calories.

And for this loaf of banana bread my kids wanted about four tablespoons of the stuff, so that added 400 calories to the loaf, with almost no taste change. So not worth it.

So how do you make good tasting banana bread and keep the calories down? First, let’s look at a recipe I found on the Internet. DON’T eat this motherfucking banana bread.

And don’t forget that I once made the dumbass mistake of adding 400 calories worth of Nutella to that shit. Definitely don’t do that.

Even without the Nutella this banana bread has a lot more calories than it needs to. Since there are four people in my family I’m eating a quarter of that loaf. This is over two days, so that’s a total of 582 calories (again, no Nutella), which is 291 calories per slice. Well, add about 20 calories of butter to each slice, because yummy, so round it out at 310 a slice.

Fuck that. I know a better way. I took that recipe and adapted the shit out of it. This is the motherfucking banana bread you want to eat:

Check that shit out: 683 calories removed. And remember, butter is not a motherfucking super food, so don’t lose your shit over 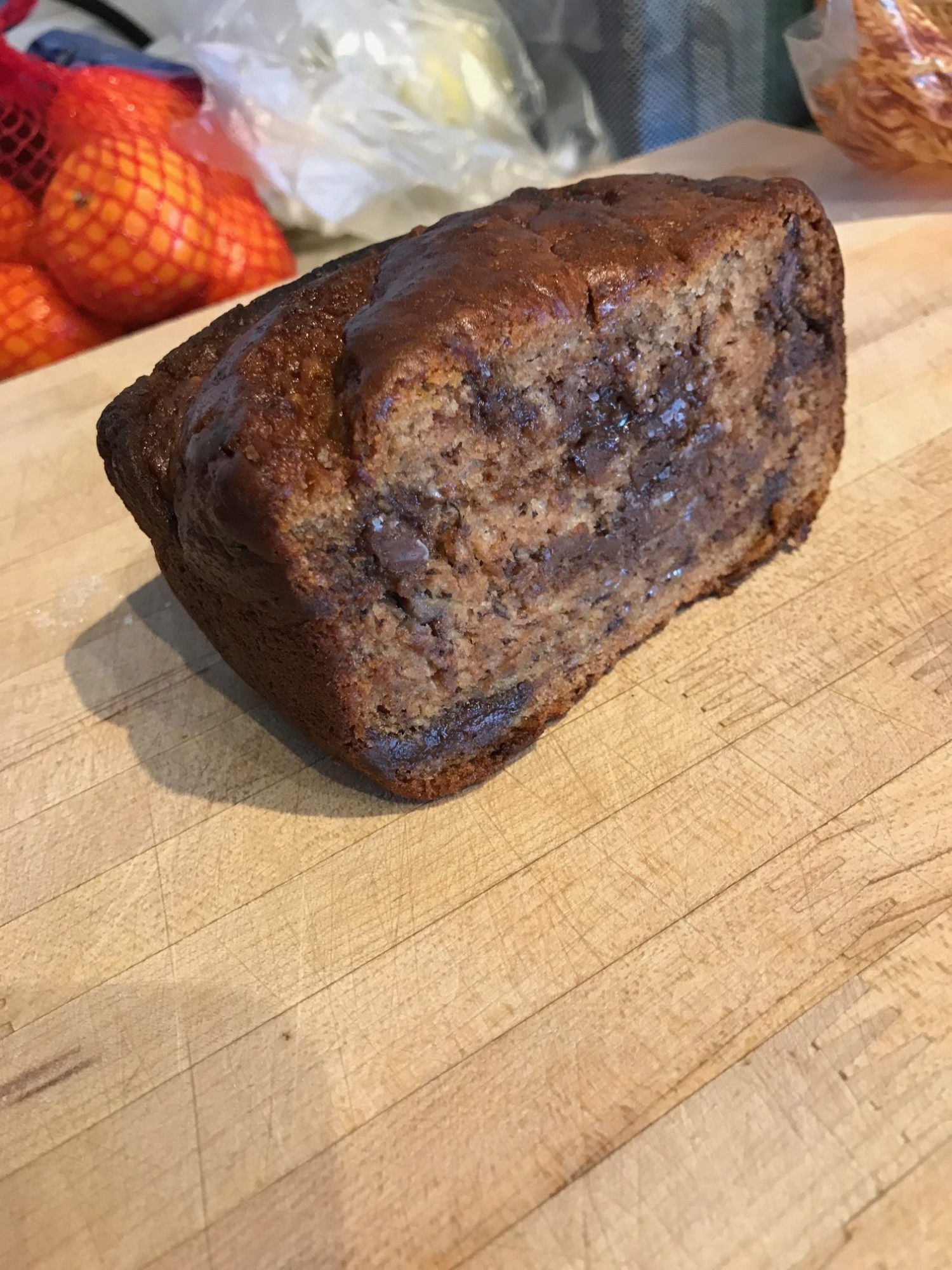 cutting way back on it. There are no motherfucking super foods.

My daughter was baking chocolate chip cookies (MILK chocolate chips, because fuck that dark chocolate bullshit) and I yoinked a third of a bag and threw them in (about 100 grams). That adds 500 calories, making it almost as high as the Nutella-added shit. Except in this case THE CHOCOLATE CHIPS MAKE IT SO MUCH FUCKING BETTER. HOLY MOUTHGASM!

I didn’t want to fuck around with changing the feature photo, but this is what it looks like. That’s the second loaf, and it’s almost gone.

Bake that sucker for an hour at 350, let cool for ten minutes, then you eat the shit out of that motherfucking banana bread.