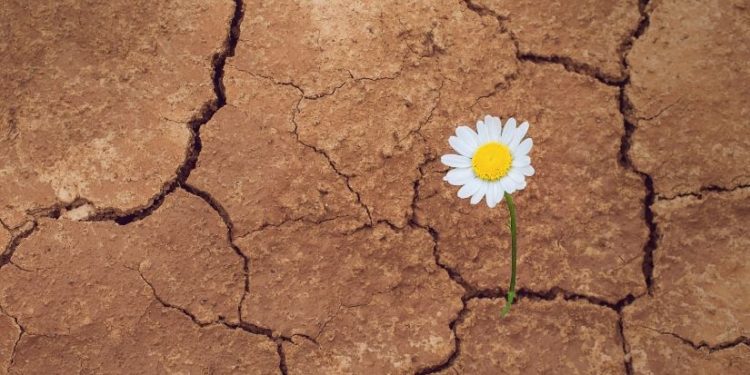 I buy these gigantic bricks of Kraft cheddar you could club a baby seal to death with. That’s how much cheese I’m about to drop on you. Bear with me.

Like many ideas for an article, it came to me on a run, going up a hill, when it was hot, and I was tired, and I’m sure I smelled bad. Being Canadian, I log my runs in kilometers. If this confuses, there’s an app for that.

I was 11K into a 12K run. My GPS watch said 55 minutes had elapsed. The final kilometer is uphill. Could I stay on pace and run the 12K in under an hour? No one was watching. There was nothing at stake. I could slow down or even walk the last bit. But … reasons. Something to do with ego and a striving mentality and knowing that both quitting and following through are habit forming.

Half a kilometer later I was 500 meters closer to “Fuck it.”

But then the God of the iPod intervened. No, it wasn’t Iron Maiden with “Run to the Hills.” Rather, Kate Bush sang to Peter Gabriel: “Don’t give up. Please, don’t give up.”

The lyrics of the song relay a desperate situation, and mine was anything but. It was a micro-accomplishment to kick up the pace then keep going a few extra seconds past the 12K mark to get a (according to my watch, at least) caloric burn read for exactly an hour of running. Which I promptly photographed and posted to Facebook with some explanations of metabolic rates.

But micro-accomplishments do count when you consider the alternative. How about some quotes not said by ancient Greeks to inspire you?

“We are what we repeatedly do. Excellence, then, is not an act but a habit.” – NOT Aristotle.

The words are those of 20th century writer Will Durant in his book The Story of Philosophy. Durant was no slouch, having co-won a Pulitzer as well as the Presidential Medal of Freedom. But in this case the quote was paraphrasing Aristotle. Nevertheless, as the previous link proclaims, “provocative words tend to gravitate toward famous mouths.” Aristotle had the more famous mouth, and Durant’s explanation sounds better to modern ears that Aristotle’s original: “these virtues are formed in man by his doing the actions.”

That was fun. Let’s do it again.

“The secret of change is to focus all of your energy, not on fighting the old, but on building the new.” – NOT Socrates.

It’s from a part-autobiographical, part-fictional memoir by gymnast Dan Millman. In the book, Dan finds a spiritual mentor in a gas station attendant who he nicknames “Socrates.” But it doesn’t sound as good when you attribute the quote to “A gas jockey who might not have said that, and might not have existed, and was later portrayed in a movie by Nick Nolte.”

Don’t feel bad if you believed the erroneous attributions. I’ve been guilty of sharing fake quotes. (I need to remember to Google these things first.) That not Socrates one sounds pretty good, though. Is there merit to this “building the new” stuff? Science says yes.

There is a popular theory of behavior change called the transtheoretical model (TTM). It talks about stages of change people go through. An important stage is when they shift from “contemplation” of change to taking action. They need to reach a tipping point where “pros” of change come to outweigh the “cons.”

Professor of psychology James Prochaska developed TTM along with his colleagues. He told me when people leap into action, it’s not because the cons suddenly become minimized, but rather the pros become much more powerful that the cons no longer rate. They are “building the new.”

“A person is going to be a lot better prepared to stick with the new behavior if the pros significantly outweigh the cons,” Prochaska told me. “If the pros only slightly tip the balance when a person starts down the path to losing weight, she will still be profoundly experiencing those cons. Her balance teeters around ambivalence; she is more inclined to give up.”

In 2010 Jennifer Di Noia, a professor of sociology at William Patterson University in New Jersey, worked with Prochaska on a meta-analysis of 27 different studies of how TTM was used to evaluate decisional balance; they were specifically looking at dietary changes to affect weight loss. Published in the American Journal of Health Behavior, they came to some fascinating conclusions. Specifically, for implementing dietary changes, the pros must outweigh the cons by almost a two-to-one ratio to be truly effective!

When I decided to take an extended hiatus from alcohol, what convinced me to do so wasn’t dwelling on it being a class 1 carcinogen that was doing my body and brain no favors, but the sense of adventure of what life could be like alcohol free (turns out, it was good).

Let’s go back to Aristotle being paraphrased by Durant regarding excellence being a habit. A 2010 study of 96 people published in the European Journal of Social Psychology found using willpower to create a healthy new habit via repetition was only part of the overall equation, and that there are numerous other factors at play that help make form and keep good habits. What other factors? Simplicity is one.

According to the study: “complex tasks were associated with more thoughts about the task during its performance than simple tasks, indicating that they may be less automatic.” Deciding to run a distance for a time is pretty simple. And making things automatic is also good. A 2012 report published in Implementation Science stressed the importance of automaticity: “they are enacted without purposeful thinking, largely without any sense of awareness.” The paper also stressed that frequency of the behavior was a critical component in creating the habit.

Note the word “frequency.” Like Durant wrote: “We are what we repeatedly do.”

Accomplishment requires work. Work can sometimes be uncomfortable. To “build the new,” you must “repeatedly do” even when you don’t want to. If you keep doing you realize “the old” didn’t need to be fought, it just slipped away; was left behind. One day you realize you’re not that person anymore, and never will be again.

This new person you desire to build must be compelling to drive the pros of change into overdrive and leap from contemplation to action, making

change stick. Listen to Kate. Keep working towards that place where you belong.