Does Butter Cause Brain Damage? 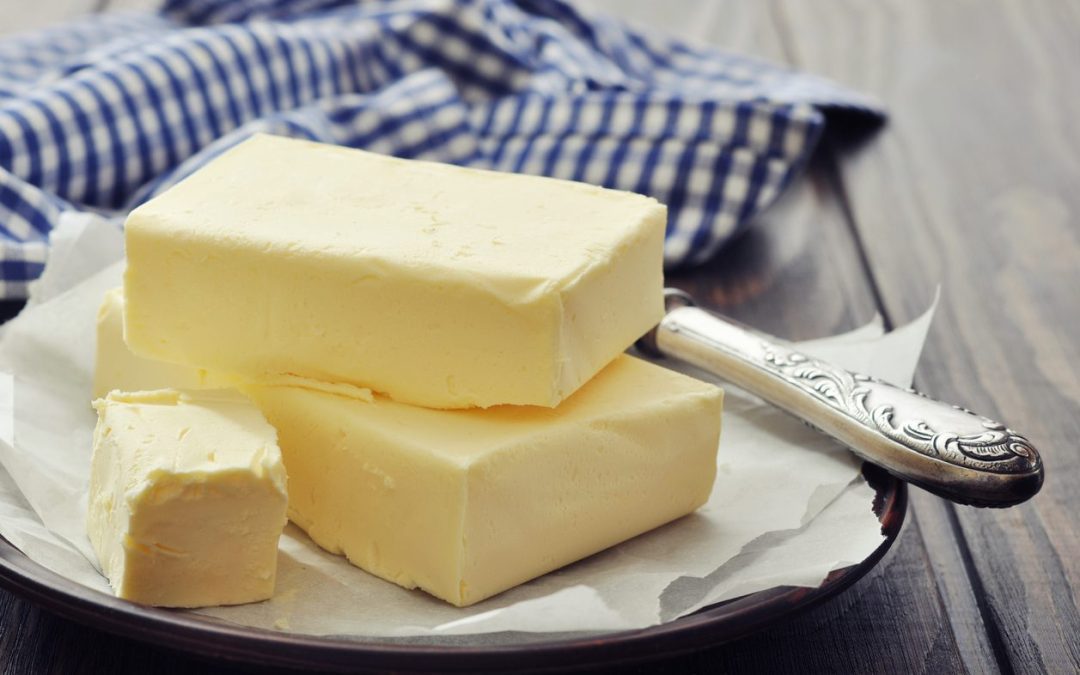 The plural of “anecdote” is not “data.”

But still, I have some awesome anecdotes about butter slurpers and how they achieve invading-Russia-in-winter levels of dumb. And so, I can only surmise that high levels of butter ingestion = drain bamage.

It all began with some overripe bananas …

I made some “motherfucking” banana bread, and wrote about how to do it, recommending replacing the butter with Greek yogurt. And people lost their shit. My Facebook and especially Twitter exploded with vitriol; zealots were ready to burn me at the stake and pummel me with steaks for questioning the Lord Atkins bestowed prophecy and suggesting that perhaps it was wise to cut out a calorically dense and nutritionally limited ingredient and replace it with something containing far fewer calories and a higher level of nutrition.

But teh ebil carbz tho.

I was taken to task that my recipe included sugar (which I cut in half from the original recipe and replaced with extra bananas, but bananas are still evil, cuz fructose, I guess), and especially that horrible wheat flour. Gluten causes neurological impairment, don’t ya know?

You could cut through the social media dumb with a butter knife. While I am certain there is no such thing as a “grain brain,” there is quite possibly a “butter brain,” because these people are fucking stupid.

Neurologist Dr. David Perlmutter has recommended a ketogenic diet where you get 80-90% of your calories from fat, so you know you’re going to be slurping the butter to hit that percentage. Even more dumb was his statement that “Gluten is this generation’s tobacco.” Really? The World Health Organization states that smoking kills half of its regular users, but less than 1% of the population has celiac disease, an autoimmune disorder that causes negative reactions to gluten ingestion. Even then, celiac disease is rarely lethal.

And what about Jimmy Moore of Livin’ La Vida Low Carb infamy? If you want to watch a descent into nutbaggery, look no further. He proudly eats butter by the stick, and yet can’t seem to figure out why his health deteriorates while his waistline expands. He also seems to believe that butter is paleo, meeting the hunter-gatherer criteria by saying “Butter is gathered” when questioned about his dietary choices. What’s next? Elmer Fudd with his scattergun saying, “Be vewy, vewy quiet. I’m huntin’ butter.”

And don’t forget that now deleted video of the purveyor of the butter-filled Bulletproof Coffee Dave Asprey trying to choke down a stick of butter while pretending it was like eating a Snicker’s bar. (Yes, he actually made that comparison.) Listen, I like butter (and never buy margarine), but I don’t eat it like I’m on my way to the electric chair, and I’d sure never eat it by the stick and pretend like it was a chocolate bar with magical health properties.

But perhaps I’m wrong. Perhaps butter doesn’t cause brain damage. Maybe it actually enhances intelligence. Psychology professor Seth Roberts seemed to think eating a stick of butter each day made him smarter, although he did die from clogged arteries at the age of 61 before that butter = smart column was published. It’s okay though, folks! The Weston Price Foundation has a created a list of the miraculous health benefits butter bestows (and never mind what QuackWatch has to say about said foundation).

The reality is that those who extol the virtues of high butter intake almost exclusively vilify carbohydrates, and carbs are what fuel the body AND the brain; there is a pile of research to show that carbohydrate ingestion is beneficial for brain function and health, so when you’re cutting back on the carbs and replacing it with butter you’re gonna have a bad, neurologically impaired time.

Does butter really cause brain damage? Well, no, but a common Google search term is “ketogenic diet brain fog,” and I’ve read many examples of people talking about how carbohydrate restriction made them feel stupid.

And my personal interactions with low-carb evangelists only serve to reinforce such anecdotes.