Diet Coke Won’t Cause Stroke, But Reading Sensationalistic Headlines Might 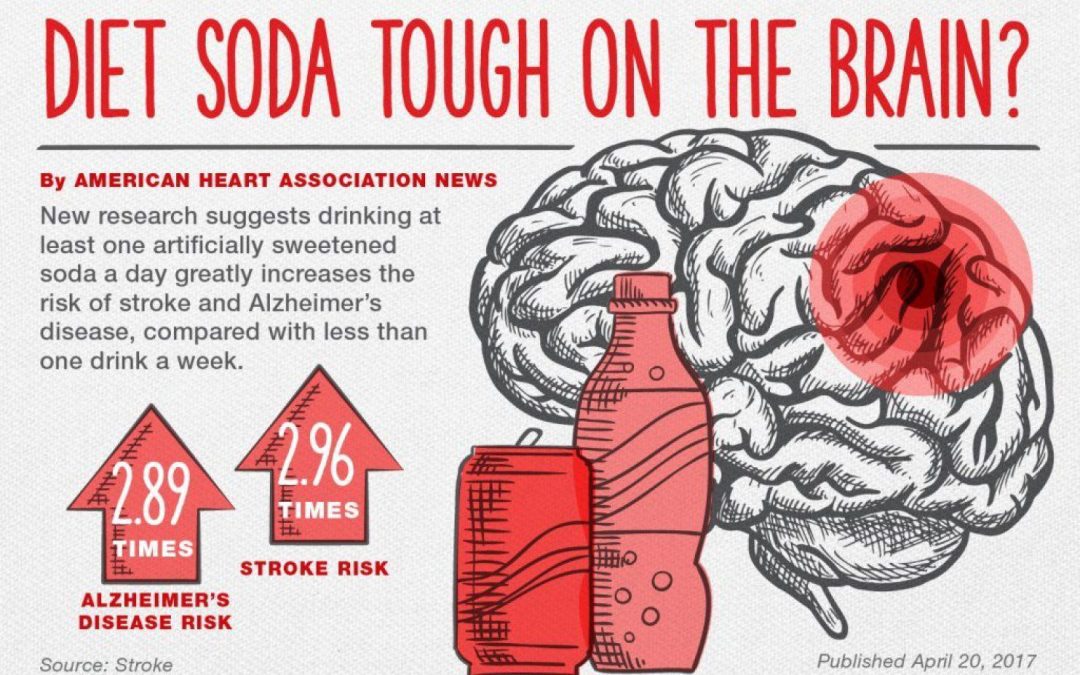 A new study closely controlled several groups of identical twins with identical diets, identical body weights, identical exercise regimens, identical lives and stress levels, and had one of them drink diet soda and the other not. Then it followed them for many years to determine that diet soda fucks you in the grey matter.

And yet, despite having such a well-controlled study not having happened, we still get stupid headlines:

That title is bad, and the person who wrote it should feel bad. But it’s not as bad as this dog-shit-fuck-you-ass-monkey-die-in-a-fire title from the Daily Fucking Fail:

“Diet drinks TRIPLE your risk of stroke and dementia – and are FAR more dangerous than drinks sweetened with sugar.”

Sometimes, there just isn’t enough “Fuck you” to go around. The Diet Coke I regularly enjoy isn’t going to make me stroke out, but dogshit headlines like that I believe cause lesions that destroy the part of my brain that inhibits runaway profanity. And don’t click that Daily Fail link, because fuck that asswipe of a “news” source. However, you may wish to look at the WP piece, as the content paints a different picture than the title implies. It’s full of caveats and qualifiers and the words “the research did not show causation, only a correlation.”

Just FYI, writers rarely control and often cringe at the titles chosen for their articles. 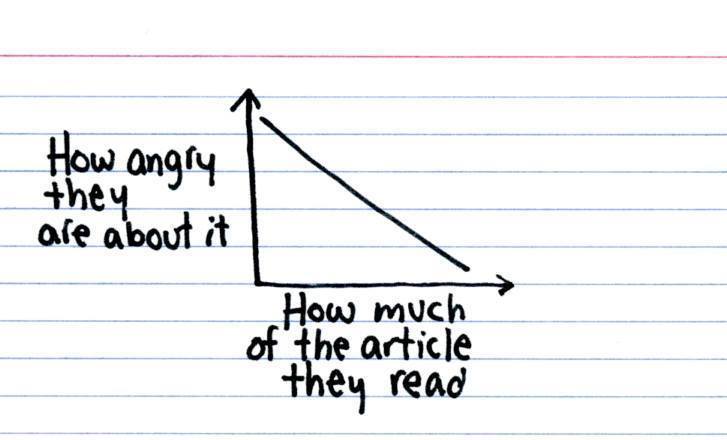 Recently I was on my way to do some interviews of performers in Las Vegas. In meeting with the publicist beforehand he actually apologized for drinking a Diet Coke. “I’m so embarrassed,” he said. “You’re a fitness guy and must think I’m a horrible person for drinking this.”

What the fucking fuck? Do you see the impact this kind of bullshit has on everyday people?

Since we’re on the subject of guilt-tripping over what people choose to shove in their face holes, quit misplacing your excrement over that Starbucks Unicorn drink that looks like someone napalmed a clown and poured the molten remnants into a plastic cup with someone’s wildly misspelled name on it.

Anyway. Diet Coke publicist guy looked to be in great shape, and when I later learned his age thought he was much younger. “Are you kidding?” I said. “There’s nothing wrong with Diet Coke. I love the stuff. Just don’t drink 20 a day.”

The study being reported on was just published in Stroke (you can download the full PDF from that link). The study states, “After adjustments for age, sex, education (for analysis of dementia), caloric intake, diet quality, physical activity, and smoking, higher recent and higher cumulative intake of artificially sweetened soft drinks were associated with an increased risk of ischemic stroke, all-cause dementia, and Alzheimer’s disease dementia.”

But there is a significant problem with the “adjustments.” I had a chat with my friend Dr. Yoni Freedhoff about it.

“What struck me as odd was looking at the food frequency questionnaires,” he said. “We know these are problematic, but it becomes even more problematic when you get obviously implausible results.”

Using dietary recall—asking people to remember what they consumed—is terribly flawed and therefore difficult to draw any conclusions from. The “implausible results” Dr. Freedhoff mentions are that the study compared people who drank diet soda with those who drank sugar-sweetened soda. Those who drank regular soda with sugar in it reported a daily caloric intake that was significantly higher than that of the diet soda drinkers (Comparing the two highest consuming groups, reported caloric intake in sugary soda drinkers was 20% higher than in diet soda drinkers.) That part makes sense. What makes no sense is that Body Mass Index in the sugary soda drinking group was significantly lower than the diet soda group (27 vs. 29 BMI). File that one under “Things that make you say ‘Dafuq?’”

“The problem with people weighing less when they report to consume more calories is that it calls into question the validity of the data when you have a very implausible result,” said Dr. Freedhoff.

He mentioned how dietary recall is frequently problematic in terms of obesity management. “There are studies of people with obesity who say they’re consuming only 1,800 calories a day, but clearly that’s not what they’re eating given the weight of the individual.” I’ve examined the issue of underestimating caloric intake and the effect on body fatness in this piece.

If you recall my piece from two years ago, because of a study that had just come out I looked at the question “Does Diet Soda Increase Belly Fat?” The answer is: Fuck no. There is no possible mechanism for it to do so. However, it can be indirectly correlated with greater waist circumference due to compensatory effects. As an example, people who drink diet soda may see it as giving them caloric leeway to eat half the kitchen later (this happens). Another possibility is that people who already have obesity choose to start drinking diet soda to either lose weight or prevent gaining further weight (this also happens).

In the case of this recent study, Freedhoff postulates another possible hypothesis to explain the results: “Are people who have these conditions choosing diet drinks because they believe it will mitigate some of the risks? Are people who are at greater risk of medical problems, such as having family history, possibly more likely to drink diet beverages?” In other words, it’s not drinking diet beverages that leads to greater risk of these problems, but people with risk of these medical issues having a greater propensity for consuming diet beverages.

If we haven’t created enough “What if?” scenarios to question the veracity of this study and the sensationalistic headlines it engendered yet, how about taking the word of medical number cruncher extraordinaire Dr. Vinay Prasad: 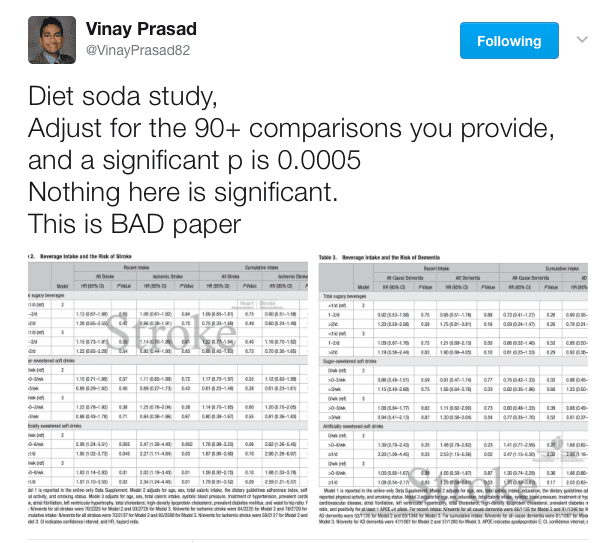 “Nothing here is significant,” Dr. Prasad wrote. “This is a BAD paper.”

I drank a Diet Coke while writing this, because fuck it.