Detraining is a Bastard. This is How You Deal. 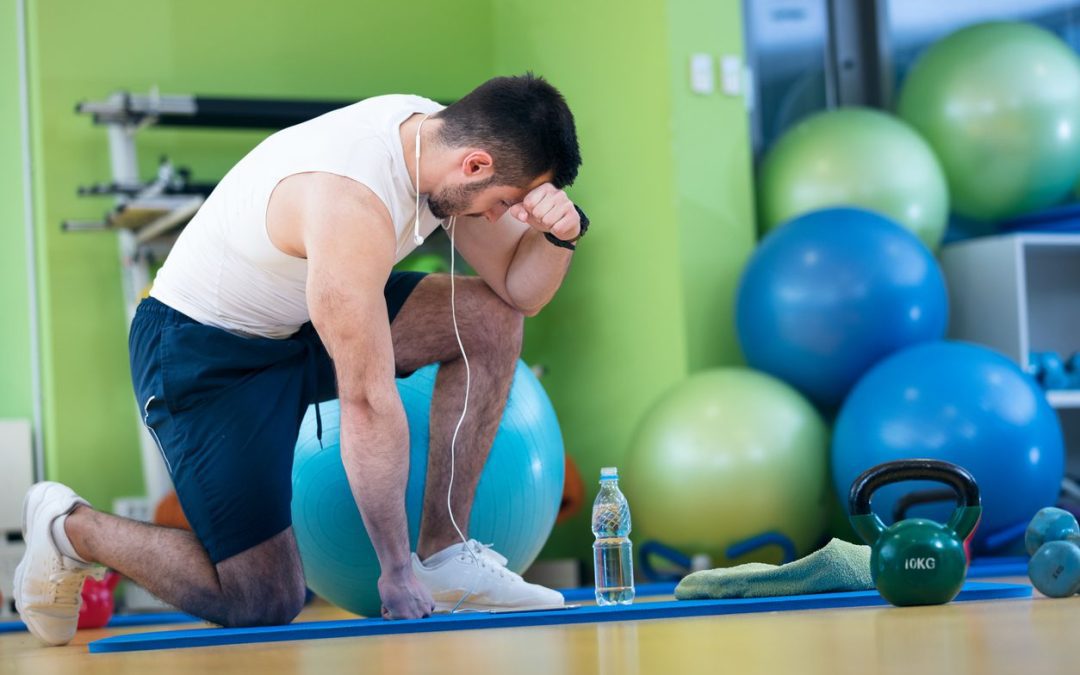 When it comes to cycling ability, right now is as good as I’ve ever been. Last week I did my hardest and longest route, and beat my best pace for this route by 5%. Go me.

Yesterday, I ran. And I sucked. That’s because I’m detrained for running right now, and the cycling isn’t compensating as much as I’d like. There is a bunch of Rick and Morty level science behind detraining. This article ain’t it.

Some dude named Adam put a shit-ton of work into it with all kinds of references and fancy graphs and breakdown between effects on strength, muscle mass, and aerobic conditioning. Dude went deep. It was written this year and even updated with new references a few months ago. Go Adam.

If you want to geek out over the scientific minutia of what happens to your body when you stop exercising, Adam’s article is your go to. I’m going to discuss the more practical life side of dealing with it, and preventing it.

First off, realize that detraining is not the same thing as deloading. I wrote about deloading here. In the piece, I wrote: “What that means is that you need to intersperse regular periods of easing off in your weight training not just to prevent injury, but to maximize results.”

Detraining is not easing off. It’s what happens when you stop exercising. Stopping exercising is something I have some unfortunate familiarity with.

Here are some quick notes about detraining:

The best way to deal with detraining is to avoid it. Some tips:

Because one of those nasty bugs that settles into your lungs and keeps you coughing up alveoli for weeks on end can make it damn hard to get back into training. I got a flu once that nuked my lungs so bad I couldn’t run for six weeks.

Exercise in Sickness and in Health
If you do get sick … Well, the flu is the flu, but if you feel like you could power through a half-assed workout, do it.

Not in public though. No one wants you blowing your nose ectoplasm all over the gym equipment. Do a home workout. Go for a walk or jog or bike ride outside and keep your diseased ass away from the uninfected.

But what about one of those lingering coughs?

Well, there isn’t really any data on that, but it does seem that when you get one — and a bunch of other nasty flu symptoms to boot — the cough sticks around long after the fevers, chills, and general “hit by a truck” feelings are gone. Do you really need to wait until all coughing ceases before getting back to exercise?

This article isn’t intended as a substitute for medical advice, but sometimes those coughs can stick around for an awfully long time after all other symptoms are gone. So, I think it’s okay to experiment with a return to exercise if you’ve still got the lingering cough, but just take it easy and work your way back in. If you feel like you’re about to cough up your large intestine from the effort, then you’re probably going too hard.

Don’t Get Injured
Read my interview with six experts on how to prevent gym injuries here.

You may also wish to avoid sports / exercises that have a higher risk of injury. Crossfit has its issues, but so does running and powerlifting and a bunch of other stuff. Do a cost-benefit analysis and choose sports you can handle. Then, work to manage the risk. In other words, don’t be a dumbass who works through pain. Runners are some of the worst at this. They should have taken a few week offs, but they kept pushing until they had no choice but to take months off.

When training for my first marathon I didn’t listen to my body, and I got injured (anterior tibial tendon). That was 2012. I took the bare minimum time off because I had a marathon to train for. Then there was qualifying for Boston in 2013, and running Boston in 2014. During all this time, the injury nagged and was barely kept at bay. By September 2014 I had no choice. I’d tried many treatments, but what I really needed was a break.

I took four months off to make sure I was all healed up. And it worked, but I gained about 15 pounds of fat. (Running doesn’t just burn calories, but I rely on it as a method of dietary control. When I don’t run, my eating goes to hell. This article explains more.)

And getting back to my previous level of running ability sucked. It took several months and I hated being so deconditioned. And it took a long time to lose that fat as well.

And I was injury free with running for three years. Alas, five weeks ago, I did something a little dumb when running. I have been sticking to mostly doing fast 10K runs on pavement. But I was on vacation and did a 12K trail run. I went a little further than usual (not a big deal) but on terrain I wasn’t conditioned for. Towards the end of the run my ankle turned in a little and it flared up the old tibial tendon injury. Dammit.

I tried to run the next day. I made it half a kilometer and said, “Nope.”

At the age of 49 I’m finally learning to practice what I preach. Rather than push and end up having to take months off, I stopped running completely for three weeks. Was this being overcautious? No, it wasn’t, because after three weeks I tried a 10K on pavement, and the first 8 were fine, but the last 2 ached. That night, I was limping, and in pain.

So, another week off. Then, a slow 6K. It was okay. No pain. Three days later, a somewhat faster 8K. Also fine, except I was feeling the detraining effects. That was the “Yesterday, I ran. And I sucked” I spoke of earlier. My tibial tendon seems okay, but I was gasping, and got some serious leg soreness. What would have been an easy run only five weeks ago was now hard.

This happened despite “compensating” with a high level of cycling. Speaking of which:

Do Something Else, But Don’t Expect Miracles
Cycling just doesn’t have the physical demand that running does. As I wrote, I’m in the fittest cycling shape I’ve ever been, and it’s not preventing the detraining from running. Oh, sure, it’s delaying it, but it’s not enough. To maintain top running ability, you must run.

But the flipside does not appear true. Warning: personal-anecdote-pretending-to-be-science alert!

Running is one of the most metabolically and overall physically demanding aerobic activities there is. And I run hard, all winter long. In fact, I run more in winter than I do in summer, because in winter I don’t cycle. At all.

And I live in the country that invented winter.

For at least five months each year, my slick tire road bike is in storage. I won’t use an indoor trainer for the same reason I won’t use a treadmill. Because I fucking hate it.

When the snow melts, I begin cycling again, and I notice three things with the first couple of rides:

In under two weeks, that pain is gone. Well, the neck still kind of hurts, but not nearly as bad. But I can ride pretty hard. Within a month, I’m doing long, fast rides and feel like I’m in a high level of cycling shape. Only a month to mostly recondition, after having five months of zero cycling.

That’s because running is so punishing, and so it keeps my body hardened enough to cycle. Mind you, I’m not a competitor, just an enthusiast. I expect I’d be a better cyclist if I trained year-round.

Last month I went for a swim for the first time in three years. I went for two kilometers and it was pretty easy. I could have done five kilometers if my life depended on it. I’m not a fast swimmer, but I can go for a long time if I need to. Why? Because I run.

Alternatively, don’t expect that swimming is going to keep you in running shape, just like cycling won’t.

Don’t Take a Vacation
It’s okay to go on vacation, but I advise against using it as an excuse to sit poolside and drink your face off all day. Sure, you can sit and drink, but work in some exercise as well. Same goes for business travel.

Hotel gym sucks? It doesn’t have to be hardcore, it just has to be something. No gym at all? Bret Contreras wrote a good book about bodyweight training.

If you mentally feel like you must take some time off, then that’s what you have to do. But try to keep it short. Do a psychological recharge and get back at it before you detrain too much, or getting back at it will be that much harder, both physically and mentally.

Don’t Get Frustrated
“Dammit. How did I get out of shape so fast?”

Everyone who experiences detraining says this. There will be some genetic variability. Some will detrain faster, and others will retain their fitness longer. Regardless, it happens and it sucks. You’re not unique. It’s just one of those shitty things that needs to be dealt with.

So deal with it, and if it was time off due to injury, ease your way back in. Use caution so you don’t re-aggravate a problem. Learn from your mistakes.

And realize that you likely will get back to where you were. In time.