Dear Yahoo: Why Did You Decide to Start Killing Children? 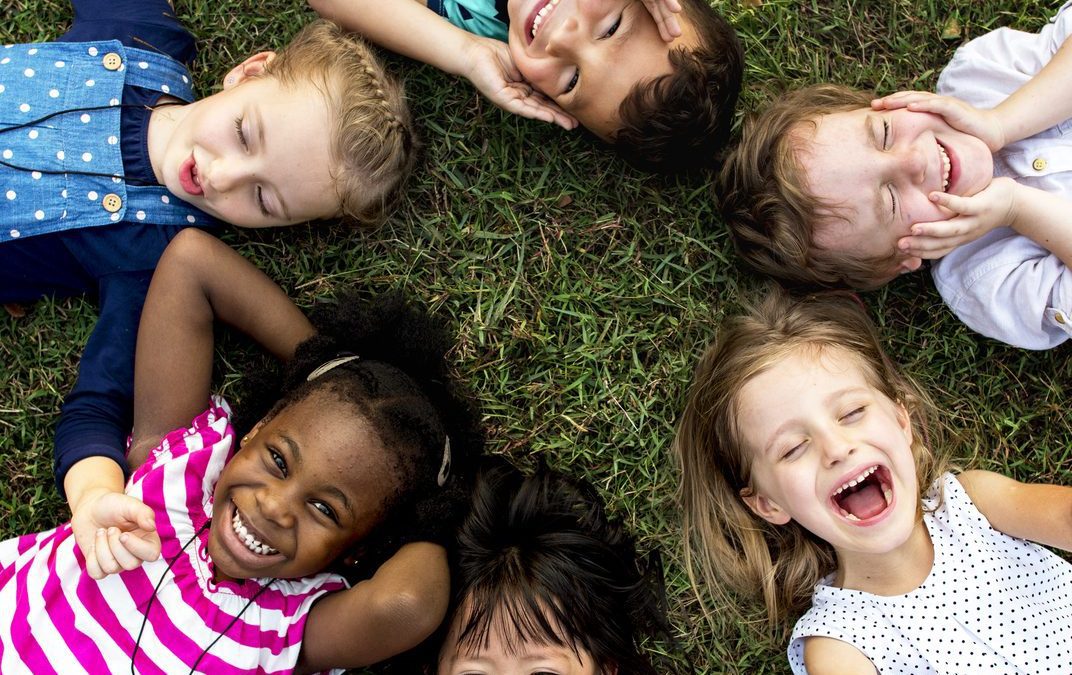 Dear terminator of the incompetent at Yahoo:

You have some work to do. A head needs to roll. A slip of pink needs delivering. A boot needs to be given. A pair of buttocks need to be shown a door.

Which posterior it is in need of firing I cannot be certain, but perhaps it is Lindsay Powers, whose Twitter profile says she is Editorial Director for Yahoo Parenting. I would have tweeted to ask her if she’s the one responsible for this child-killing debacle, but she hasn’t posted anything for a few months. Lindsay, if you’re not responsible, please accept my humble apologies.

But the circumstantial evidence would suggest that Lindsay bears the blame, because “editorial director” sounds like a pretty in charge title to me. And she links to the Yahoo Parenting Twitter profile in her profile, which tweeted this yesterday: 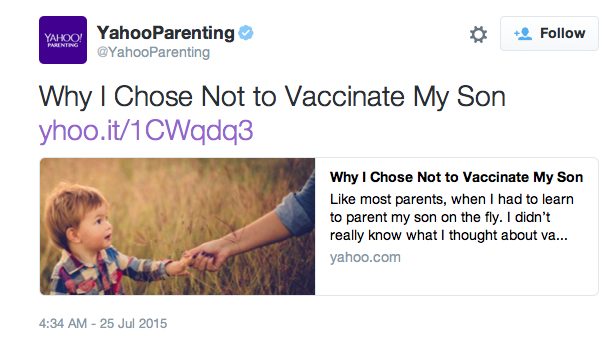 And that article is the kind of thing that kills children. It’s bad enough that we see such nonsense on quacktacular sites such as Natural News, but the game changes and the consequences become far more dire when Yahoo chooses to publish such nonsense.

Check out what Alexa rankings have to say about the current popularity of Yahoo.

Number. Freaking. Five. Yahoo.com is the fifth most popular website in the world. Like, wow. I was expecting top 100. But #5? Now I’m even more agitated.

I’m agitated because the #5 website in the world is providing a platform for information that actively promotes the death of children. So, I ask you, Yahoo, why did you decide to start advocating for child death?

As the image of the tweet above indicates, the article in question is entitled, “Why I chose not to vaccinate my son.” And it’s hogwash, written by a self-proclaimed “homeopath.”

So Yahoo obviously has a content sharing partnership with YourTango, which originally published the article more than two weeks earlier (I gleaned the date from the author’s Facebook page, who posted it on July 7).

I know a thing or two about how these content sharing partnerships work. It’s not automatic. Someone has to make a decision. Someone at Yahoo, and I’m guessing perhaps it was the Editorial Director of Yahoo Parenting because of the aforementioned tweet and because that’s the section the article showed up in, decided that this was content worthy of sharing to its readers. There was even a change made to the title.

Again: A decision was made at the #5 website in the world to republish an article that can directly contribute to the deaths of children. The person or persons who made that decision are deserving of termination.

The article in question is unsubstantiated, anecdotal schlock. Entire books by real experts have been written debunking the claims of the anti-vaccine movement. The factually inaccurate opinions of a pseudoscience embracing homeopath on such a serious subject as vaccination have no business being published anywhere on Yahoo.

Because people trust Yahoo. Again: #5 site. In the world.

This isn’t about silencing dissent. This is about about opinions vs. facts. The efficacy and safety of vaccines are proven facts, regardless of opinions to the contrary. Is someone’s opinion on the speed of light or the value of pi worth consideration? Despite the fact of the law of gravity, should Yahoo publish an opinion piece about how certain magic words can allow one to jump off tall buildings and fly? Conversely, if scientifically-valid research shows a problem with vaccines, that is news worthy of publication. That is news that should be published.

Back to the piece. The author writes, “We, as parents, know our children. We have a sense of what might be right or 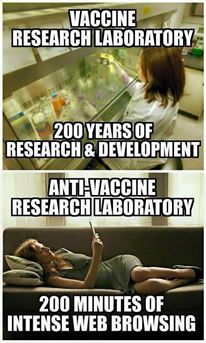 wrong for our child.” I’m sorry, but giving birth does not impart a medical degree or a PhD in immunology. It does not make one a health expert.

The author also refers to vaccines as “a shot of foreign toxic material.” That is exactly the type of unsubstantiated fear mongering that helps grow the anti-vaccine movement. And because such language inflames people, they end up believing the nonsense spouted by the likes of Jenny McCarthy and her ilk. As a result, diseases that once were all but eradicated are making a comeback. And children are dying. Adults are too. Not to mention that many are getting needlessly sick.

So here is what I think needs to happen:

Readers: Please let Yahoo know how you feel about this. Here are some social media links: