Dear Costco Shoppers: This Is Why We Hate You 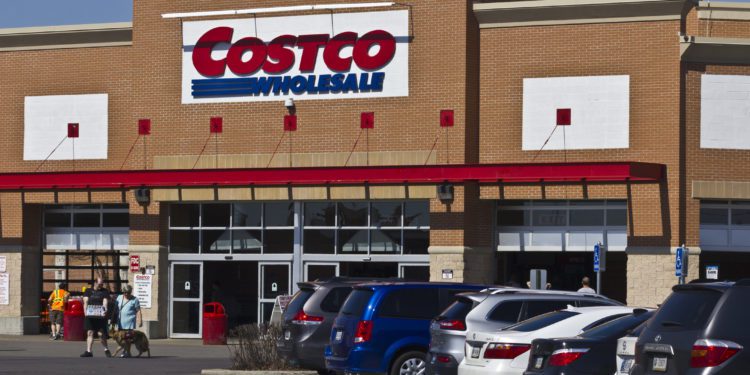 “I despise all humanity.”

This was a text I sent my wife, from Costco. Another time I sent her one from that hellscape that read, “This world can only be cleansed by fire.”

It’s not the store. The store is fine. It’s the mindless muppets with the collective IQ of slug smegma that inhabit the place. But before we get into that, a word about the parking lot designer.

I mean, it is obvious you’re a misanthrope, and you were hired for the sole purpose of creating a parking system outside Costco that would make people pray for a massive meteor strike. It was like, you knew 90% of Costco shoppers were destined for eternal hellfire, and you wanted to give them a taste of what they were in for. Congrats, my friend. You killed that shit. I admire your dedication to your craft.

Now to my fellow shoppers. This is why you make every visit to Costco a wretched, soul-destroying experience that makes me wonder if cheap meat, free samples, and an eighteen-month supply of veggie straws is worth the trip.

You forget to have your membership card ready
You didn’t forget to grab your cart on the way in, so you could handily clog the fuck out the entrance with it, yet you conveniently forgot about the forty-eleven other times you entered the store and how they needed to see your card to let you in every single goddamn time. So now you’re rooting through purses and cargo pants and patting various body parts saying, “I know it’s here somewhere” and making everyone behind you mutter, “Jesus Chocolate Christ on rubber crutches. We’re not even in the fucking store yet and I already want to start taking a set of steel toes to people’s shins.”

Worse yet, you give the person attitude for doing their job by asking to see your card. “What? Don’t you trust me? Of course I have a card.” Yeah, then what about the asswipes who sneak past then go to purchase a bunch of shit only to create a big scene (and screw everyone in line behind them) when they try to check out and can’t because they don’t have a membership.

It’s a membership-driven store. That’s how it works. This is not a difficult concept to understand.

You bring the whole fucking family
If you have no choice but to bring your children due to lack of available childcare, you get a pass. Hell, when my kids were little I’d take them to the grocery store on Saturday mornings so my wife could sleep in, because a well-rested wife is one that lets me paw at her.

Anyway, I’m talking about the ones who make it a family outing. Dad is there to keep Mom company, rocking his socks with sandals and cargo shorts while wandering around in a hungover haze, along with grandma and grandpa and someone’s second fucking cousin. Do you realize what an overcrowded Armageddon you’ve made this place into because your significant other won’t stay home with the kids? This is not entertaining for them, so they get frustrated and terrorize the store like a pack of dingoes taking down a baby kangaroo. I’m not sure if I should call childhood services or the gang unit.

You hog the samples
I think this might be connected to the previous one. And I don’t think you’re hurting for money, judging by how overloaded your cart is, but I imagine there’s a mentality of “Don’t eat breakfast, everyone. We’re filling up on free shit at Costco because FREE!”

It’s not supposed to be Sunday brunch. They put those samples out so you can decide if you want to purchase that product. And when you and your brood scarf them all, no one else gets a chance to try them.

At least eat a bowl of cereal before you show up, ffs.

You park your cart like it’s a monster truck
In other words, you couldn’t care less about anyone else and just leave the fucking thing wherever the hell you want, usually while you’re off shoving free samples into your face.

Yeah, I’ll just park this giant-ass cart sideways in the middle of an aisle. No one else in this busy store will need to get by.

You drive your cart like you’re in Ulaanbaatar
I’m sure Mongolia is a lovely place filled with wonderful people, but I read an article once that said its capital has some of the most chaotic, free-for-all driving conditions in the world.

And it’s like you took your driving lessons there and applied them to pushing your cart around Costco. Left side? Right side? Screw that, I’m charging straight down the middle and crashing into people and displays and running over old ladies and relishing in my ability to create four-wheeled mayhem because reasons.

You treat the employees like shit
If you can’t function like a reasonable human being and treat the people serving you with a modicum of dignity, stay home and order shit over the internet.

You take your cart into the dairy cooler

You are the worst person ever.

Clogging the exit
THIS IS NOT THE TIME TO HAVE A CONVERSATION WITH THE PERSON CHECKING YOUR RECEIPT! WE JUST WANT TO ESCAPE THIS HELL OMG GET THE FUCK OUT THE WAY!

You abandon your cart in the parking lot
Taking it back to a cart corral? That’s for other people. Let’s make this metal mania maze even more a nightmare by leaving giant rolling things all over it.

The world needs a new plague.

Got your own stories about what you hate about Costco shoppers? Share them here.