Cyclists Are The Muslims Of The Fitness World 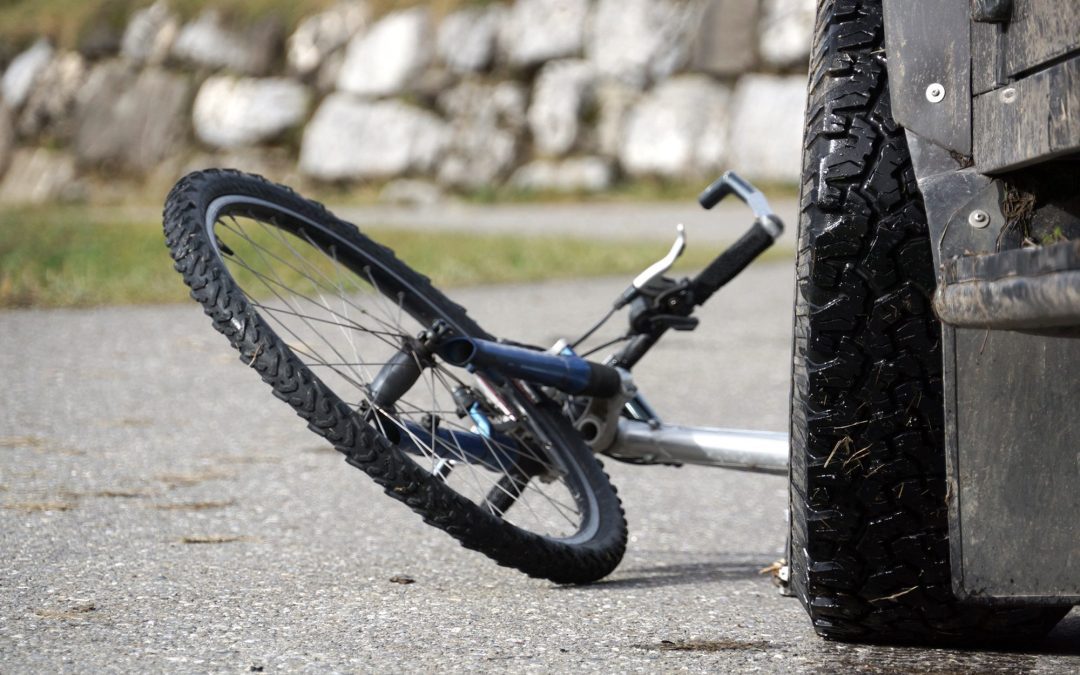 Bill Maher is a dick.

Recently on his show he said, in reference to the Ahmed and his clock debacle, “For the last 30 years, it’s been one culture that has been blowing shit up over and over again.”

Bill’s talking about Muslims; he seems to have forgotten about all those explosions created by American aircraft, drones, rockets and tanks. I think a convincing argument can be made that the U.S. Armed Forces have been “blowing shit up over and over again” significantly more than all combined terrorist groups – Muslim inspired or no – have over the past three decades. (I have a master’s in military history, just FYI.)

It’s no secret Bill has a hard-on for profiling Muslims as the bad guys. Lots of people do, including law enforcement and border security. But racial profiling has been shown as ineffective and a threat to public safety.

Now I’m certainly not relating the plight of cyclists to that of how Islam is often painted with a broad brush as a religion that, as noted atheist agitator Sam Harris said on Maher’s show, “Is the mother lode of bad ideas.”

Bad apples (and not just terrorists, but ISIL and the fact that Hamas is dedicated to the destruction of Israel) taint our views, and over a billion Muslims who just want to live in peace pay the price. As an example, winter is coming. Syrian refugees fleeing a war are in danger of both freezing and starving to death. But many people just don’t care. Maybe more would care if they weren’t Muslim.

Despite that master’s in history, I’m a fitness writer, and while the degree of suffering by cyclists is practically nonexistent by comparison, there is plenty of vitriol hurled their way via the same type of thought processes: a minority of bad cyclists make many people hate all cyclists.

Recently there was a furor on my Facebook page because I made some tongue-in-cheek, albeit seemingly aggressive comments about how I prefer to use my voice to warn of my approach while cycling rather than using a bell. Some of those who commented got pretty pissy about how it’s all the cyclist’s responsibility to avoid crashing with the poor innocent pedestrians on shared pathways.

Want to find some hate? Google “I hate cyclists.” Go ahead. I’ll wait. People may make fun of CrossFit, but they joke about wanting cyclists to die. And sometimes, it’s not a joke. People shoot cyclists and throw things at them. Others hit them with their cars then laugh about it on Twitter. Despite numerous examples of car drivers being at fault and hitting cyclists, the police often don’t care, giving slaps on the wrist. Considering that cycling is the second most popular outdoor activity in the world (after running), you’d think perhaps they would care. 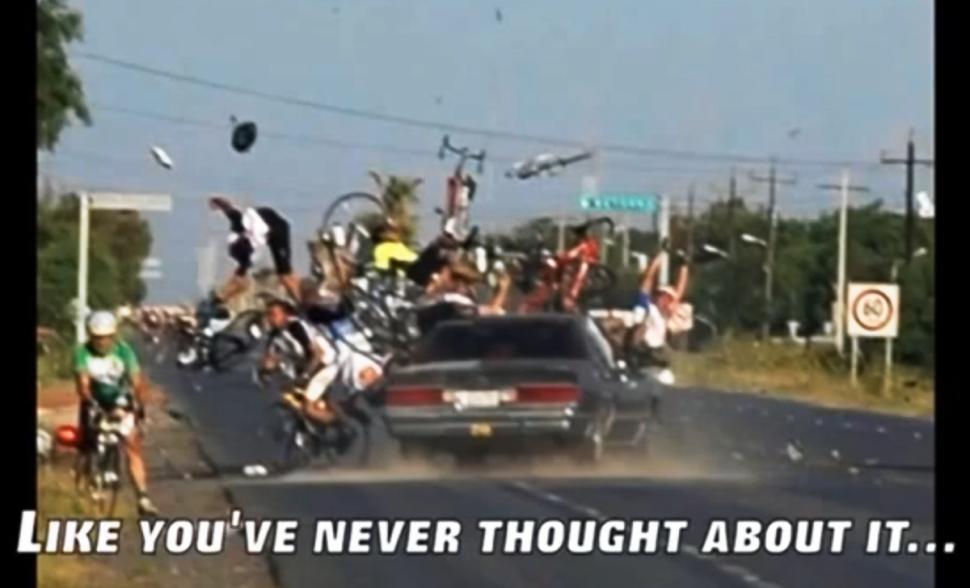 Another fun one to Google is “entitled cyclist.” Lots of results there too about how entitled we all supposedly are.

Yes, some cyclists are dicks. Yes, they are supposed to behave as though they are a car and follow the same rules, and some don’t do this. Yes, there are reckless cyclists on bike paths who endanger others. But in encounters with cars it was found that in more than half the collisions where a cyclist died, it was the car driver who was at fault, but unless they’re drunk or do a hit-and-run, they don’t get convicted of a crime because cops and jurors identify with drivers, not cyclists.

But we need to understand that every group has its dicks. There are dick drivers, dick rollerbladers, dick skateboarders, dick pedestrians and dick dog walkers. In about 20,000 miles of cycling done over the past ten years I’ve seen one group that stands out as way more dickish than any other, and that’s pedestrians on shared pathways.

But there isn’t the vitriol for pedestrians that there is for cyclists. And no, I’m not going to start a “I fucking hate pedestrians” Facebook page for a simple reason: Most pedestrians are fine. Only some are idiots. Nevertheless, statistically speaking, my personal experience is that on per capita basis there are more idiot/dick pedestrians than there are cyclists on shared paths.

But before I get into that, I’ve actually found the fewest number of dicks behind the wheels of motor vehicles. Maybe it’s because I’m in Canada, but it seems as though most cars and trucks do give us a fairly wide berth. Sometimes they are a little too nice, encouraging illegal behavior by letting us make maneuvers we shouldn’t, not realizing that they’re supposed to treat us like another car. Instead, I’ve witnessed many drivers being a little too courteous and treating cyclists like they’re pedestrians.

Again, maybe it’s a Canadian thing, because stories abound of cyclists killed by uncaring motorists. I’ll note that on the few occasions that drivers are dicks to me it’s been terrifying.

And I try hard to obey the rules of the road, inasmuch as I do in a car. I bend them slightly, because I’m not taking my driver’s test just then, and so I do it to a similar degree on a bike. But I don’t flagrantly flaunt all rules the way many memes suggest. I don’t see the majority of others doing it either. I admit it’s a problem though. Cyclists almost certainly break traffic laws more than cars do, and it’s those bad apples getting all cyclists labeled as road terrorists.

Let’s get back to the pedestrians. Herein lies a major problem, at least in my city.

If it’s a sidewalk, cyclists don’t belong there (I think little kids get a bye on this). It’s called a side “walk.” You can walk your bike on it, but no riding. This isn’t up for debate. You ride your bike on a sidewalk: you’re a dick.

But there is also this thing called a “bike path,” and even though it’s a bike path it’s actually a shared space. Unless specifically labeled otherwise, it’s open to cyclists and pedestrians and dogs and rollerbladers and skateboarders alike. (Not to be confused with a bike “lane” on a roadway.)

Many pedestrians do not behave as though bike paths are a shared space. Most cyclists stick to their lane, going into the other lane only to pass when it is safe to permit doing so. They announce their approach using bells or their voice. Cyclists don’t want to crash into pedestrians any more than pedestrians want to be crashed into.

Legally, the responsibility should be on the one who can see the other. If I’m coming up behind you I need to announce my approach, slow down, and give a wide berth in order to pass safely. This is the way most cyclists do it. Usually it works fine.

Except for the times it doesn’t work fine, because many pedestrians seem oblivious to the fact that this is a path they share with cyclists. They take up the entire path. They don’t prevent their children from darting out into the path of cyclists. They don’t rein their dogs in. They stop and have a nice little chat while blocking the entire path for both directions, even on blind corners.

If a person jaywalks and gets hit by a car, the jaywalker is at fault. Being a pedestrian on a bike path and being oblivious to your surroundings is no better than being a jaywalker. You’re playing in traffic, and you’re gonna have a bad time.

Not watching where you’re going, looking at your phone, weaving all over creation, being on the wrong side of the path – especially while going around a blind corner, having a dog on 20 feet of leash; all of these things that pedestrians are regularly guilty of, and cyclists rarely are.

So we cyclists call pedestrians on there idiocy in order to avoid a crash with a “Watch out!” and that makes us the assholes. We get hate stares. We get told to fuck off. We get told we’re the maniac pathway hogs. All of this frustrates us, because we’re getting blamed by these pedestrians for their unsafe behavior.

Now it’s not all pedestrians’ fault, of course. Many a crash has been the result of an idiot cyclist who was riding recklessly. But again, watch behavior next time you’re on a shared pathway. Overall, which group is sticking to one side and going in a straight line and paying close attention to where they’re headed, and which group is more likely to be tuned out and not traveling in a safe manner?

I don’t hate on pedestrians. I am hyper vigilant and cautious because I’m attuned to the reality of the situation: that some of them behave like the bike path is no different than their backyard and they can wander about with their head in the clouds or their eyes glued to their phone.

But when I come around a blind corner, and a pedestrian is on the wrong side of the path, and I scream, “Wrong side!” and have to scrape along a bush to avoid a collision, then get told to “Fuck off!” for my efforts, I can’t help but get a little surly.

Oh, and I’m a runner who uses those same paths with my feet, so I know it from both perspectives.

This doesn’t have to be “us and them.” If everyone, regardless of how they get around, would be a little more considerate, play by the rules a little better, and understand that no one wants to be involved in a crash so we better share space wisely, then we’d all be better off.

Yeah, and fuck Bill Maher too.