Cost, Calories, and Cola: How Liquid Lucifer Mortgages Your Future 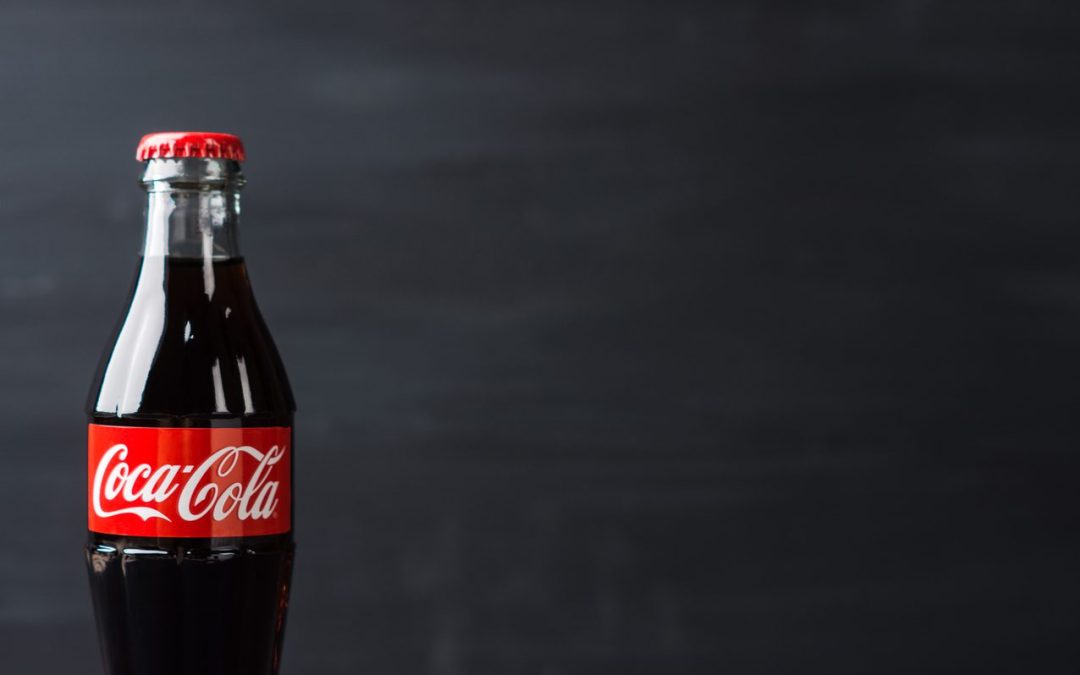 The mechanic said of my 14-year-old Acura, “It’s leaking from everywhere it is possible to leak.”

It was done for. I’d driven it for all it was worth. For the last two years, I’d nicknamed her “Snooki,” because she’d been pulverized in a hail storm and looked like she had cellulite. By the way, the insurance company gave me $3,500 for that and I got to pocket it, because I didn’t mind driving an old car covered in hail dents.

But her wheels were about to fall off. I found a Honda dealer with too many 2012 5-speed Civics they needed to unload, and convinced them to give me a thousand bucks in trade on Snooki. I remember that last drive with her. She was rattling along, not terribly safe any longer. I felt like Han Solo taking the Millennium Falcon through an asteroid field. “Come on, baby. Hold together.”

I can afford a fancy new car every few years. But I don’t need one because I have biceps to show off. And I don’t need a daily latte either.

I know. It’s been done. But not thoroughly done beyond the financial aspect, and with an unrealistic rate of return.

Financial advisor and author of The Automatic Millionaire David Bach came up with what he called “The Latte Factor®” to describe how purchasing a latte a day will impact your future financial health. I want to rejig the numbers and expand on that a bit to include physical health as well.

Let’s start by talking about money.

The Compounding Cost of Your Liquid Calories
I want to use what I think are some more realistic numbers than Bach used, and expand it out into other areas.

I’m 49 and my wife is 46. Our retirement is funded because we didn’t spend beyond our means. It’s not meant to brag, but to explain the harsh reality of how unique my wife and I are. According to the Economic Policy Institute: “Most families—even those approaching retirement—have little or no retirement savings.”

And that stuff we didn’t buy means money that earns interest, and then it compounds, earning you interest on the interest. And so on. (Called “compound interest,” for those who are unfamiliar.) A book we both recommend everyone read is called The Wealthy Barber. We made our kids read it.

You don’t need that latte. Or that Coke. Or that glass of wine or beer. Let’s run some numbers on how liquid belt tightening financially pays off. Later we’ll look at how it literally allows you to tighten your belt a few notches.

The Latte a Day
Bach used 10% rate of return and a $5 latte every day. I want to be more conservative to give you more realistic numbers. Because most Starbucks aficionados probably just buy a latte five days a week. And 10% return? In your dreams. For a balanced investment portfolio, it’s more like 6% return. But that shit still adds up.

I used to know how to run all these numbers on paper, but now we have the internet, so let’s make it easy and use and online calculator.

Say you start saving when you’re 20. Because when you’re 18 you’re still an idiot. A $5 latte, five days a week, is roughly $100 a month. What does that look like when invested at an average rate of return of 6%, compounded monthly?

It looks like over $200,000 by the time you’re 60, from only $5, five days a week. By the way, the principal (the amount of money you actually put into your investments each month) was only $48,000. The compound interest over forty years made your investment more than quadruple.

I wish I could have back all the money I spent on alcohol.

Don’t want to cut alcohol that much? I can dig it. I quit for 17 months then started drinking again at much lower levels. What if I’d done that all along? What if I’d spent only $40 a month on booze so I wasn’t a complete tea totaller, and saved the other $160? That 31 years of much less drinking would have meant $173,000 more earned in the 31 years since I turned 18.

All this adds up. Spending less on liquid Lucifer is just the beginning. How big does your house need to be? Does it matter that much which school the kids go to? Can you be motivated to exercise at home instead of dropping $100 a month for a fancy health club? Or what about the much less expensive gym?

Moderate belt tightening not just on liquid calories, but in other areas of life (hello, cigarettes), can easily add up to a well-funded retirement. Find a way to cut back just $15 a day, invest it at 6% for 40 years, and it transforms into over $900,000. Invest $20 a day and it’s $1.2 million. And that’s just one person cutting back. It’s even easier if you’re a couple (who stays together – that’s important). It only must be $10 each that you invest to share that $1.2 million in retirement.

I know there is a lot of privilege in these numbers, because some people are in dire financial situations where I might as well be speaking Klingon. But for those of you who drop the fivers here and there and everywhere, day after day, thinking it’s not a big thing, compound interest shows you it’s a very big thing.

But what about the caloric impact? Ever consider that? Let’s do it.

You Bought a Bucket of Calories
It’s pumpkin spice season, hooray! Put on your leggings and your UGGs and chug-a-lug.

If you get the big one and don’t restrain the cream levels, you’re looking at about 500 calories a pop.

There are plenty of lattes that run 500 calories. Drink five a week and that’s 2,500 calories. Never mind the massive cash outlay, that equals 125,000 calories in a year. Do you know how many pounds of fat that equals? That’s 35 pounds in potential fat gained just from lattes in a single year.

Remember when “Food Babe” proclaimed the pumpkin spice latte evil incarnate because of all the nasty “chemicals” it contained? Well, she’s full of shit. But the caloric content of liquid calories still matters. Because liquid calories aren’t satiating and high ingestion is proven to be directly related to weight gain.

Sugar sweetened beverages like Coke are known contributors to weight gain as well. Two cans of Coke a day is 300 calories. Over a year that’s 109,500. In terms of pounds of fat that equates to 31 pounds in a single year.

My wife is a family physician. She has told more than one story of a patient who came in weighing many pounds less. The only change they made was to stop drinking soda.

Some general health guidelines for alcohol consumption are six per week for women and twelve per week for men. That’s moderate drinking. A dozen beer a week, at 150 calories a hit, is 1,800 calories. Over a year that’s 93,600. That’s almost 27 pounds of fat equivalent if you drink a dozen a week for a year.

And this stuff has compound interest too, but not the good kind.

Compound Interest on Liquid Calories
There of plenty of stories of people who quit drinking alcohol and suddenly lost weight. Because it’s not just the calories. As I showed in this piece, consuming the booze can lead to additional eating, and not of the most nutritious foods either. You’re also going to be less motivated to exercise if you consume alcohol too often, and it can be detrimental to your earning potential as well if you’re seen as less reliable / promotable due to your alcohol consumption.

But if it’s non-alcoholic lattes and Coke, it’s still an issue, because there is a clear connection between high levels of body fat and negative impact on health. This means more missed days of work and a shorter window of earning years.

Beyond that, as I showed in this piece, there are myriad negative financial consequences to obesity. Health and life insurance rates are higher, promotions are scarcer, job offers are less frequent and salaries and raises are lower. I’m not saying it’s fair. I’m saying it’s reality.

Do you understand now why I refer to it as “Liquid Lucifer”?

We shouldn’t moralize food or drink. And I’m a big fan of moderation. I took more than a year off alcohol as a reboot, and since I started again I’ve kept my drinking at less than 20% of what it was before. I never buy lattes because I have a much less expensive (both in dollars and calories) alternative. I make coffee at home for a fraction of the price and put only a small amount of milk in it to keep the calories negligible. My Coke is diet and purchased on sale, and not that frequently.

Water comes out of the tap, and it’s free of both cost and calories. Unless you live in Flint, Michigan, mostly drink that.

And don’t forget to invest the savings.