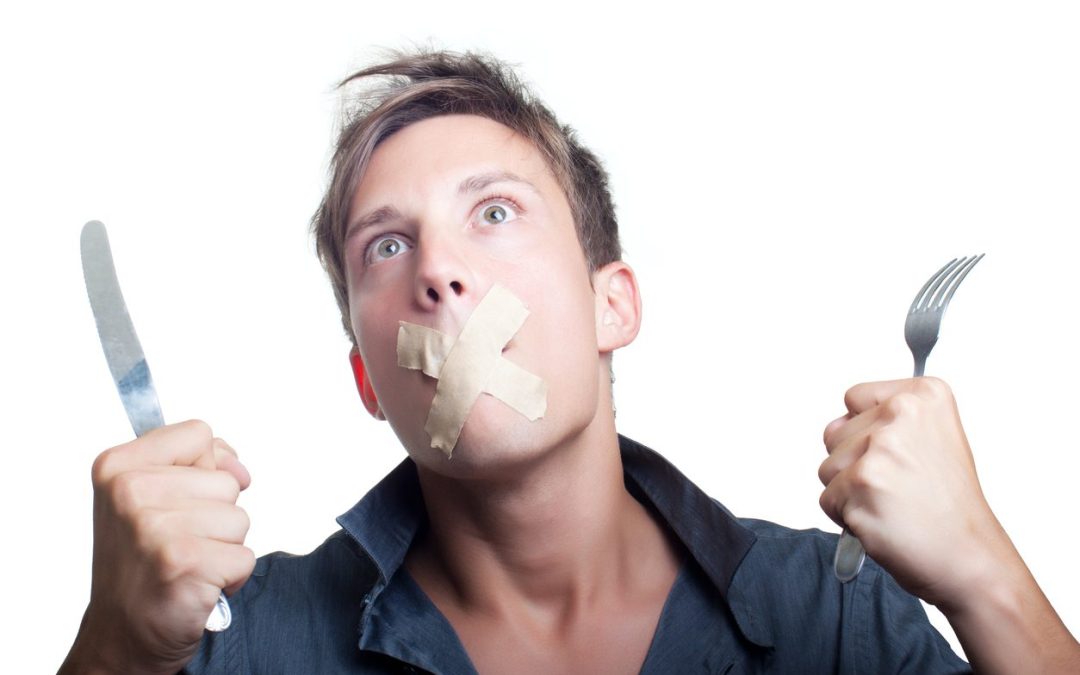 Seeing him now, it’s hard to imagine Alex Viada ever suffered from an eating disorder.

He’s a muscular and ripped powerlifter and Ironman triathlete. When I interviewed him a while back about being a hybrid athlete I had no idea of his history with what many consider “a woman’s disease.”

That’s the stigma, right there; people believe eating disorders, and specifically anorexia, are diseases suffered only by women. And so, it makes the seeking and process of treatment for this potentially deadly mental illness that much more difficult.

Gender and Eating Disorders by the Numbers
I spoke with Dr. Ovidio Bermudez of Eating Recovery Center in Denver, CO, and he broke it down for me:

And while orthorexia is not a recognized mental illness, both Dr. Tyson and Dr. Bermudez told me it is a lay term to describe a very real condition: an obsession with eating the “right” foods while avoiding the “wrong” ones. Dr. Bermudez says that, in his clinical experience, orthorexia is actually more common in men than in women, but that women are more likely to go from orthorexia to a full-blown, pathological eating disorder, whereas men are more likely to be able to “manage” orthorexia without developing a disorder such as anorexia.

Gender Differences in the Development of an Eating Disorder
Dr. Bermudez explained that it’s a combination of nature and nurture.

“It’s different because the part of the environment that influences that genetic vulnerability seems to be less focused on drive for thinness and more focused on muscularity or orthorexia,” he said. “If the socio-cultural message was the same, there are still biological things about female brains that makes them more vulnerable to anorexia. We don’t know it for sure, but I don’t think we can assume that the 90-10 split between females and males for anorexia is strictly due to socio-cultural differences.”

In other words, society places pressure on women to be thin, and men to be muscular, but Bermudez asserts that this only accounts for part of the nine-to-one ratio for anorexia, and that a more important factor is that of physiological differences between genders. And unfortunately, this creates extra problems for male sufferers.

“I had a male patient whose family doctor asked him ‘What are you doing with a woman’s disease?’” said Dr. Tyson. “Of course, that was really destructive for him. For a 14-year-old male who hasn’t yet solidified his sexual identity you can imagine how that affects him.”

Dr. Bermudez discussed the strive for muscularity, but how this can transform into anorexia is when there is a quest to be “ripped” to show those muscles off. Many men can reveal their abs without developing eating disorders, or by “only” becoming orthorexic and not going over the edge into an eating disorder, but there are those who don’t know what’s lurking beneath the surface in their genes. “Exposure to changes in caloric intake and changes in exercise level—if you happen to have genetic vulnerability and you awaken that monster then you may be affected,” said Dr. Bermudez.

For Armi Legge, a marketing consultant in Virginia, his strive for leanness was not about being “thin,” but about a quest for improved physical performance. “It started when I was 12,” Armi told me. “I wanted to get better at cross-country running, and the best marathoners were so lean, and I thought I needed to look like that.”

And that performance angle is one of the things that can be a differentiator between genders and explains why men are more likely to be orthorexic: It’s this mentality of “I’ll only eat what is good for me and forego all ‘bad’ foods.” Dr. Bermudez mentioned how the caloric restriction for longevity movement has about 90% male adherents: they’re not in it for the weight loss, but for “performing better” at life by living longer.

A High Performer’s Need for Control
“I was always the smart kid in high school and was good at a lot of sports,” Alex Viada told me. “And then I went to Duke University and suddenly wasn’t the smartest one there anymore.” Coupled with beer and late-night Chinese food, his weight increased from 170 to 240.

“I got very academic about losing weight and took it to an extreme,” he said. I started taking Ripped Fuel with ephedra in it and taking massive amounts of caffeine to suppress my appetite. I dropped back down to 170 and found some kind of identity again. I was the guy who had lost a lot of weight.”

Alex explained how the control over his appetite became addictive. “I was getting positive reinforcement from others, but also getting a hard time for not drinking beer with friends. I felt like they were jealous of my self-control. My willpower was what made me different, made me better.”

Taking a Heavy Toll
By the age of 13, Armi was in the hospital. He went in for what his parents thought was an ear infection but was actually an effect of his severe caloric restriction. “I was eating only 600 calories a day and exercising three hours a day,” he said.

The doctors did blood tests and noticed how skinny he was, and he was later airlifted to Johns Hopkins, where he spent six weeks in the eating disorder ward. Armi hated it, and thought the therapists there were lousy, but felt that the enforced structure of eating was something that he could not have done on his own. He admitted to needing the rigorous controls to make him gain weight back. But the part he hated most was bed rest.

After getting out he started exercising again, then started restricting again, and at 14 he was back in Johns Hopkins for a second stint. That got him eating more normally and he came out of it with a desire to learn more about nutrition and changing habits.

For Alex Viada, he bottomed out at 141 lbs at 6 feet tall. He’d been eating 400 calories a day and using cocaine to fuel workouts. “One night I lost voluntary and involuntary muscle control. I soiled the bed and woke up shaking,” he 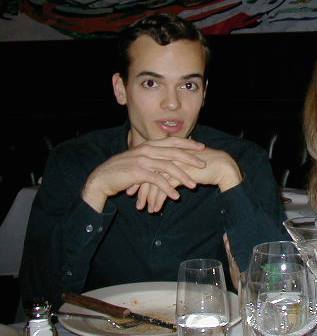 Alex Viada while suffering from anorexia.

said.  A friend thought he looked like death and took him to the hospital. “It was a turning point for me because I knew I couldn’t keep living like this.”

The Road to Recovery
For Armi, he got into the research of sports nutrition and athletic performance, as well as learning about how baby steps can help change habits, like starting off with just a square of chocolate a day to help get back into a regular eating pattern. “I also wanted to be a competitive triathlete and knew I couldn’t be crazy about food while traveling.”

For Alex, when he started eating again the hormones went nuts, and he started EATING again.

“I lost control and would spend a hundred dollars at the vending machine,” he said. “I was terrified that if I gained weight I would just be mediocre,” he said. “Everything I prided myself on would be gone.”

He went through a tough phase of bingeing but gained control when he decided that it’s better to add muscle than fat. And hitting the iron is what allowed him to relax again about food. Now he says about 20% of what he consumes 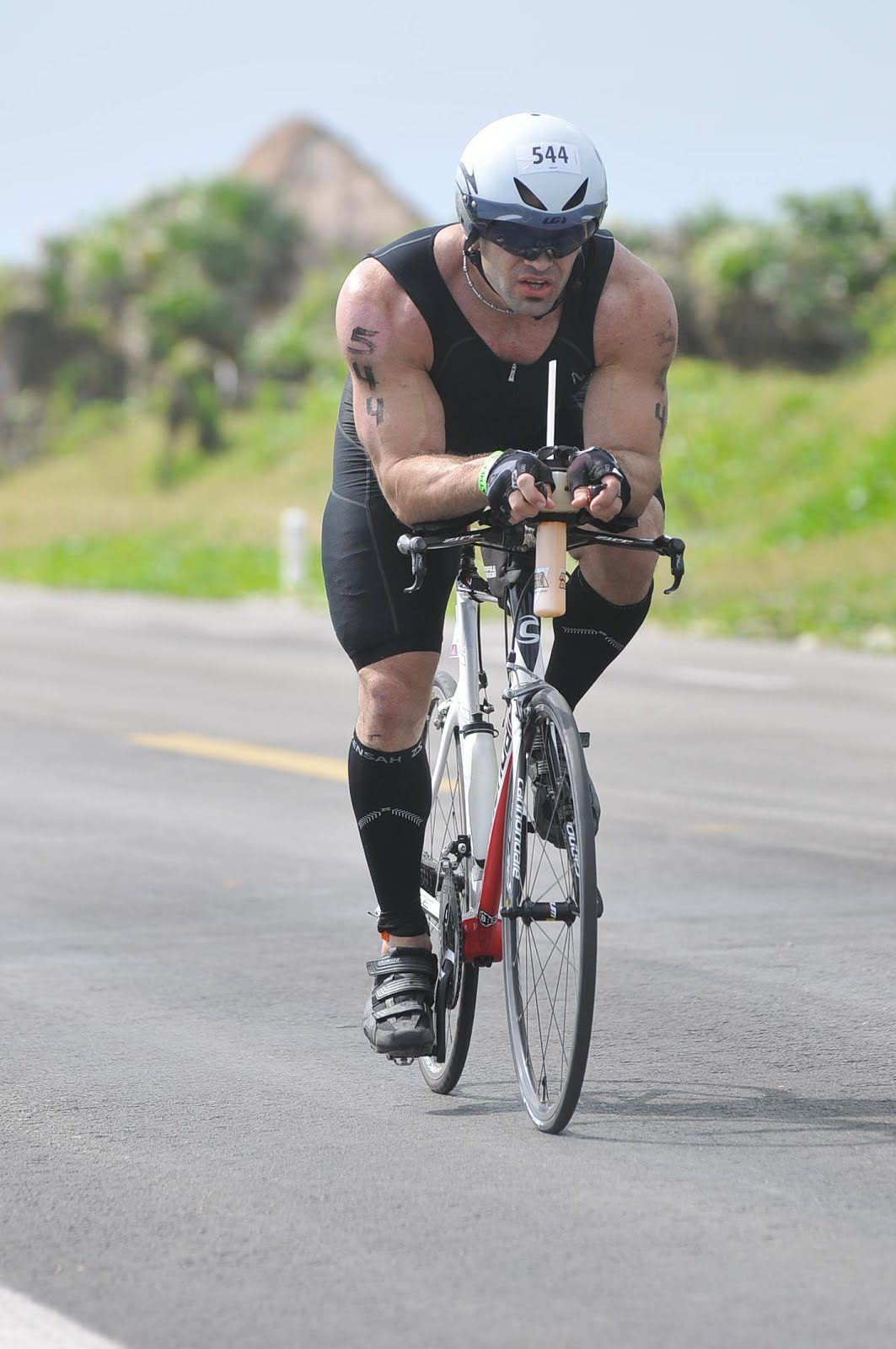 are things like cheese, peanut butter and beer, and all with no worries. Although he competes in both strength and endurance events and likes to be lean, his weight isn’t something that he stresses over any longer.

Removing the Stigma
Alex Viada explained to me that people with eating disorders are often high-achieving individuals, and that they need to learn to take those tendencies that can make them really good at destructive behaviors like extreme caloric restriction and turn them into something positive instead.

But in order to get to that point, they need to seek help. And as already mentioned, this isn’t easy for men suffering from eating disorders.

“Recognize the risk involved and seek professional help,” said Dr. Bermudez. And the risk is high. People die from this. What’s more, Bermudez recommends finding someone who understands how male patients are different. They need to have experience in this area.

Again, eating disorders aren’t something anyone ever asks for. It’s a genetic time bomb that a simple desire to lose weight can unleash. It’s not a personal failing. And for men, anorexia can be more physically detrimental because they end up losing more muscle and have a severe drop in testosterone. “It can definitely wreak more havoc on men than women,” Dr. Tyson said.

There is no shame in seeking help. If you need it, or you think someone you care about needs it, here are some links for more information: