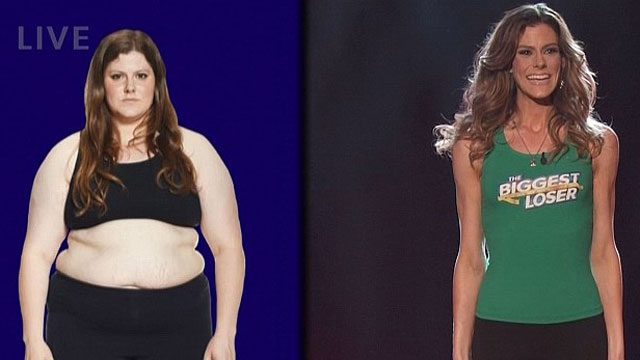 This piece was first published on my old site on February 5, 2014. It was shared on Facebook over 17,000 times, and was so popular it crashed the website three times the day it was posted.

Wow. According to Word, that sentence is grammatically correct. No green squiggly line underneath. Cool. Let’s do it again.

The latest buzz about this fat shaming train wreck game show is that the winner lost too much weight, and now looks anorexic. Apparently Twitter exploded, as Twitter is wont to do. Twitter is the new YouTube when it comes to stupid and insensitive comments.

I’m not going to comment on how much weight the winner lost. I am not a doctor and can’t assess an eating disorder via an image on a website. I will not engage in any form of body shaming either, be it fat, thin or even “huge” shaming.

But I can sure as hell go on another rant about why this show is so damn terrible.

Everyone on Twitter is aghast at how the winner looks unhealthy. Well, yes, that is a distinct possibility, especially when you consider that the entire premise of the show is unhealthy. The most important thing to understand about The Biggest Loser is that it is not even “reality” TV. It’s so far beyond realistic that it can’t even qualify for that loose term, regardless of how fake and scripted the rest of the genre is.

There is an episode of The Simpsons where they go to Japan and end up on a tortuous game show. The categories they have to select from for a stunt are:

The Biggest Loser is an American version of a Japanese game show, where it’s all about watching desperate people get tortured for our entertainment. Why do you think they show them repeatedly falling off treadmills and puking? It’s because that’s good TV. I mean, I think it’s bloody awful, but morally bankrupt television executives consider it “good TV,” and they have the mansions, personal assistants, and stretch Hummers to prove it.

But the contestants aren’t trained experts with a death wish. They’re just fat. And desperate.

And so they get placed in a 24/7 labor camp and put on a starvation diet to drop as many pounds as a human can tolerate in as short a period of time as possible, all in the name of entertainment.

Maybe the odd person finds this show inspiring, and it actually helps them lose weight. Overall, however, it creates a negative effect that promotes weight bias, gives people a bad impression about exercise, and promotes wildly unrealistic expectations about the methods and pace of weight loss.

I hate this show, and I want it off the air. Do you want to help me in my quest? If yes, boycott the advertisers. Don’t just boycott them, but tell them you’re boycotting, and why.

With thanks to my friend Dr. Yoni Freedhoff of www.WeightyMatters.ca, here is a list of advertisers as a place to start:

All of those links go to a contact page, so feel free to use it. And feel free to copy and paste this message.

Perhaps you are not aware, but The Biggest Loser promotes bias against the overweight, exploits children, is dangerous for the contestants, and gives unrealistic expectations about weight loss.

It is bad for your company’s image to be associated with this show. Please know that until you cease advertising on The Biggest Loser, I will be boycotting your products and asking all of my friends and family to do the same.

Now if you’ll excuse me, I have some oatmeal to throw out. Thankfully, however, my car is a Honda.