“Bigorexia” – How the Media Promotes Muscle Dysmorphia in Men 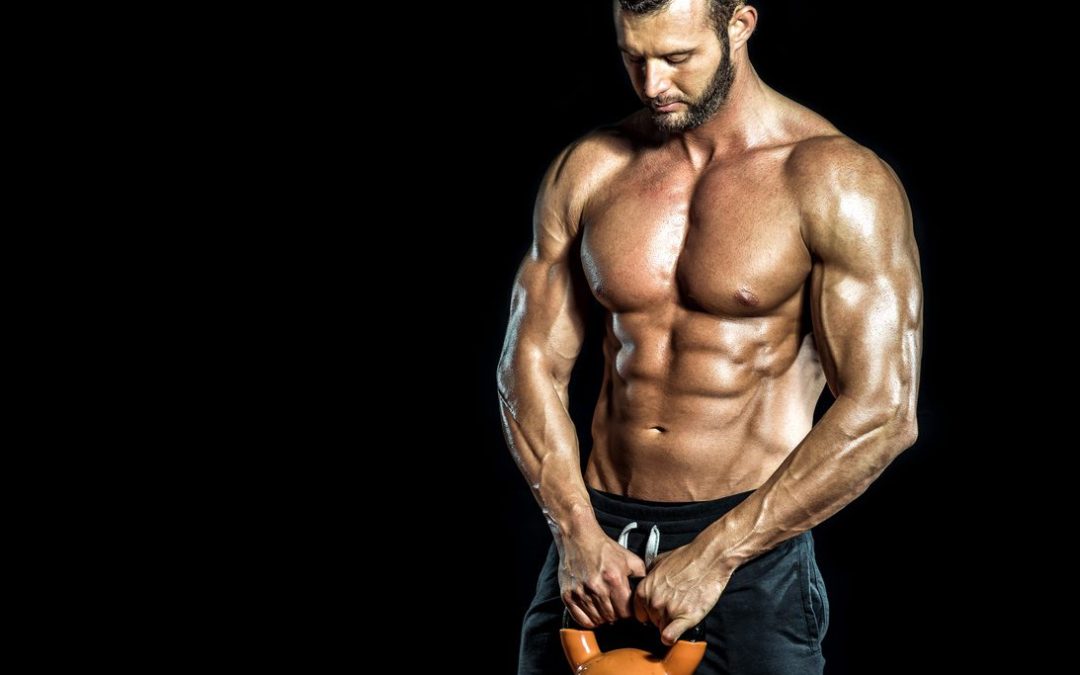 There is a new Thor movie out, and damn but Chris Hemsworth looks good.

Much has been made of the decreased effect of gravity on female movie stars in recent decades, and how this sets an impossible standard for girls, leading to body image issues. But a similar effect has taken place with men, with the scale moving in the opposite direction.

Think of the physique a certain damn, dirty ape put his stinking paws on. Charlton Heston spent most of the 1968 version of Planet of the Apes shirtless, but such a torso would never suffice for today’s action hero. That’s why the 2001 reboot had former underwear model Mark Wahlberg as the lead.

The James Bond body stayed pretty static across multiple actors, until the depilated and muscularly ripped Daniel Craig added 007 to his tagline. When Casino Royale premiered hearts went aflutter when his license to thrill physique sauntered out of the ocean blue.

There has been a shift in what gets shown off while shirtless on the silver screen, and men have noticed. Schwarzenegger was one of the first, followed quickly by Jean Claude Van Damme, as guys who fit the description of, “Well, he can’t act, and his English isn’t so good, but damn, he looks pretty from the neck down, so … roll camera!”

It took Stallone until his third Rocky to realize he needed to up his game.

But such hyper-muscled warriors were anomalies in the 80s. Christopher Reeve may have looked good as Superman, but he was positively puny compared to Henry Cavill’s 2013 version of the man of steel.

And men of flesh and bone have noticed, and launched their own quests for the Hollywood version of the “ideal” male physique.

An entire industry has sprung up around the desire to achieve the latest male movie star musculature, because it’s no longer just former bodybuilders and martial arts experts who are supposed to look that way. Stories of regular actors being transformed for specific roles have permeated the media and lead to training tales a-plenty in magazines sporting the word “muscle” in the title.

In the year following the 2006 film 300, Google Trends shows a 300% increase in searches for the term “six pack abs.” The shift in Hollywood began around the turn of the century, when it became more common for people who were known primarily for their acting prowess to also be recognized for their ability to be tormented into shape by high-priced trainers who ensure every calorie consumed is carefully controlled. Because those abs gotta pop.

Many magazines promise to relay the secrets of the “Captain America workout” or the “Thor workout” or the “300 workout” or the “Insert-name-of-pumped-up-movie-hero-here workout.” What is often left out is the explanation of how these physical transformations become tightly controlled labor camps for the actors, and how the muscle gains and rippling midsections are fleeting.

This media pressure can lead to muscle dysmorphia, a form of body dysmorphic disorder, which is listed in the Diagnostic and Statistical Manual of Mental Disorders. It strikes primarily among men who are already lean and muscular, compelling them to quest for even more muscle mass and ever lower levels of body fat. It can lead to compulsive exercise regimens that decrease quality of life, as well as disordered eating. Sometimes, anabolic steroids are sought out to quench one’s desire to be huge.

There is a maxim is the bodybuilding world that speaks volumes: “The day you started lifting is the day you became forever small.”

The supplement industry sure has cashed in on all of this. It’s worth noting that many of those aforementioned muscle mags are owned by supplement companies and used as vehicles to hawk their mass gaining and fat burning wares.

In my writing, I’ve tried to relay realism about these transformations, honestly communicating the challenges of my own six-pack quest for the Los Angeles Times. When I interviewed Hugh Jackman about his Wolverine transformation, instead of dwelling on the details of his workout, I asked him about the extremes taken to prepare him for shirtless scenes. “… everything changes the month before, and I’m timed down to the day,” Jackman told me. “There is water dehydration for 36 hours before. It’s quite a scientific process to looking your best.” He also told me of how his motivation to train so hard comes from knowing he’s going to be on a big screen in 3-D, and that he doesn’t keep that shape for long.

I also interviewed the stars of 300: Rise of an Empire and learned about how training and diet takes over the actors’ lives, and the transformations don’t last past the wrap of shooting. And in an interview with actor and Old Spice pitchman Terry Crews he told me about taking diuretics to lean out for shirtless scenes.

Overall, I like seeing these powerful physiques on action stars, but I also understand the extreme measures it takes to achieve them. I just wish more men realized what an implausible standard is being set, and instead of fretting over their own lack of visual “perfection,” would just sit back and enjoy the show.