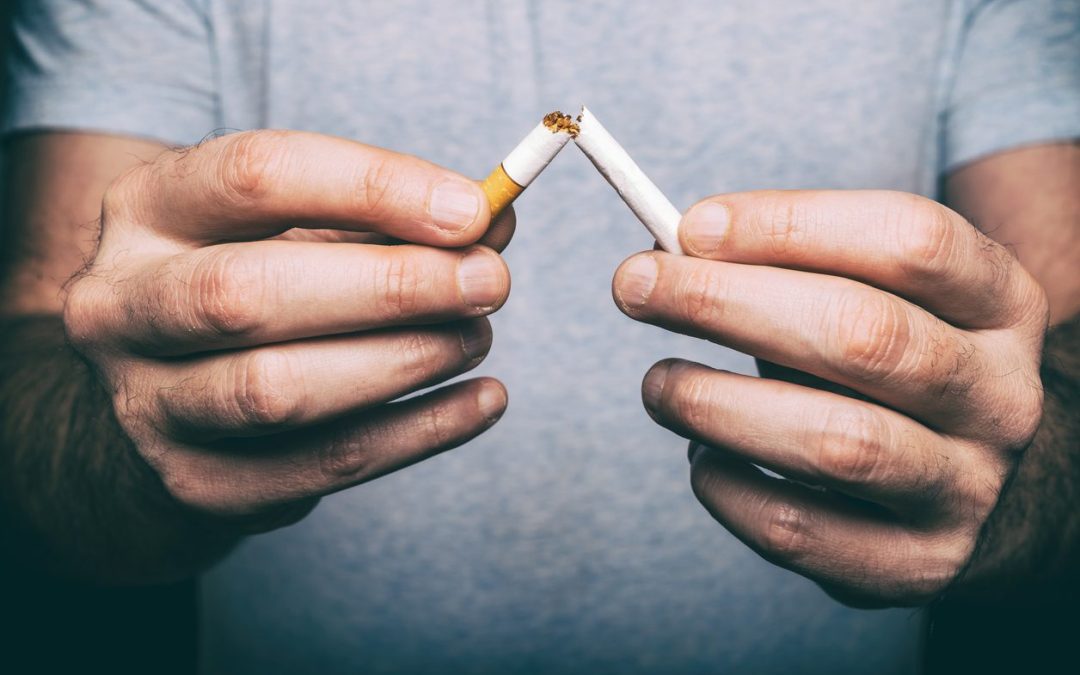 For the topic of this article, however, the question wasn’t stupid. Which is why it deserves a follow-up to yesterday’s piece about Cancer Research UK’s (CRUK) campaign about the link between obesity and cancer, and how it upset a lot of people.

It was pointed out that we encourage people to not smoke in the interest of public health, so how was encouraging people to lose weight different?

First off, we DO encourage people to lose weight ALL. THE. TIME. Sometimes, as yesterday’s article pointed out, the method of doing so is insensitive. In other cases, the timing is off, like when a patient goes to see their physician for an ear infection and that is ignored in favor of solely focusing on the patient’s weight. I’ll note that was an analogy I pulled out of my ass for yesterday’s article, and one person commented that exact thing happened to her.

Conversely, there are times it’s appropriate to bring up a patient’s weight. As I wrote in this piece: “There are doctors who engage in fat shaming and even make patients afraid to seek out healthcare. But when a doctor encourages losing body fat because doing so will help alleviate obesity-related medical conditions, that is not fat shaming. It’s solid medical advice.”

Out of the gate, the question about smoking vs. obesity was flawed because there are plenty of public health campaigns looking to help people live healthier lives that involve weight management. The furor over the CRUK campaign was about how aggressive it was and how it made a lot of people feel like shit. It’s okay to talk about the link between obesity and cancer, but no need to be a dick about it.

It’s true that the way we targeted smoking has been more aggressive than public health campaigns regarding obesity, and it was seen by most as acceptable to do so. Cigarette packages were covered with disgusting photos of the diseases of smoking. Smokers were shunned from workplaces and forced to go outside and stand away from the doors. I’ve seen commercials showing limp cigarettes to imply the link between smoking and erectile dysfunction. Campaigns have shown smokers as less vital and not able to engage in active lifestyles because of the effect on their lungs.

Yes, plenty of public health campaigns have been pretty shitty to smokers. There has absolutely been a shaming component in encouraging them to quit and getting younger people to not start. Part of the excuse for doing so is the secondhand smoke issue. Compare this to eating; if the person next to you is downing a large plate of French fries, you don’t have to worry about getting secondhand fat. Although people still concern troll and hypocritically shame obesity because of healthcare costs despite being much less than perfect regarding their own health.

The campaigns against smoking were successful. There has been a dramatic decrease in smoking in the United States, which fell by more than half (42% of the adult population down to 17.8%) between 1965 and 2013. It was a multi-pronged campaign that included changes in advertising laws, blocking sales to minors, public information campaigns, increased assistance for those looking to quit, development of pharmaceutical and psychological aids for quitting, not being able to smoke indoors, and significant taxing of cigarettes.

But what had the biggest impact? More than anything else, it was not being able to smoke indoors and the massive price increase that led to the big reduction in smoking rates.

Saying that the shaming nature of those ad campaigns is what led people to quit smoking isn’t accurate. At the time, we were accepting of such ads, but they seem to have gone by the wayside. These days, cigarette packages are more likely to be plain rather than the old “fear packaging.” It’s more about creating “friction” between the person and the undesirable behavior. Costs too much, can’t smoke at your desk, and now you can’t see the cigarettes in the store, but have to remember the name of the specific brand and ask for it rather than peruse the rows and make a selection. This had a more powerful effect than any ad saying cigarettes will give you a limp dick.

Regarding the shaming nature of the old smoking ads, my friend Dr. Yoni Freehoff said, “I don’t think it was okay to do that with smoking. It’s a complex behavior. People are smokers for a whole host of reasons, and shame does not fuel behavior change for most people long term.”

Just because we did it with smoking doesn’t mean we should try ramming it down people’s throats with obesity, because that wasn’t what worked. It was the friction that worked. But it goes beyond that, because smoking is a behavior, and obesity is a medical condition.

“Obesity is a chronic disease,” said Dr. Freedhoff. “This is the medical view. The CDC says it is. The World Health Organization says it is. The Canadian Medical Association says it is …” You can disagree with obesity as a disease, but you’re disagreeing with the medical establishment; perhaps consider how your education and expertise ranks before sounding off on this medical designation.

Some people have obesity with no ill effects. Some of them may experience negative health outcomes from their obesity later in life, others, not at all. And for others, their obesity is directly related to significant health conditions. Like many things, results lie on a continuum.

“Obesity is something people are not choosing to do,” Freedhoff said. It’s incredibly complex and exists for a whole host of reasons. The concept of obesity resulting from purposeful sloth and gluttony is ridiculous and reveals narrow-minded thinking. The environmental shift alone can explain much of it. In a study just published in the Lancet the authors state that since 1970, “We believe it is implausible that each age, sex, and ethnic group had a simultaneous decline in willpower related to healthy nutrition or exercise.”

Beyond environment, there are issues of genetics, upbringing, psychological and sexual abuse, medication and medical conditions, depression, social issues, environment—obesity is multi-factorial, and the solution is never a simple one.

“Stopping smoking is singular,” Freedhoff said. “Obesity is a lot more complex and there is no gold standard program.” And friction can’t be created in the same way. People still need to eat to survive, and on a daily commute many people will pass by an endless stream of fast food places and tasty convenience treats.

You can’t apply the same policies to battling a comparatively simple behavior such as smoking to that of a complex disease. The solution to obesity will be as complex as the condition.

And because of its complex nature as a disease—one that more than a billion people have—compassion and understanding are necessary for developing treatments and interventions.