6 Experts Tell You How to Prevent Gym Injuries 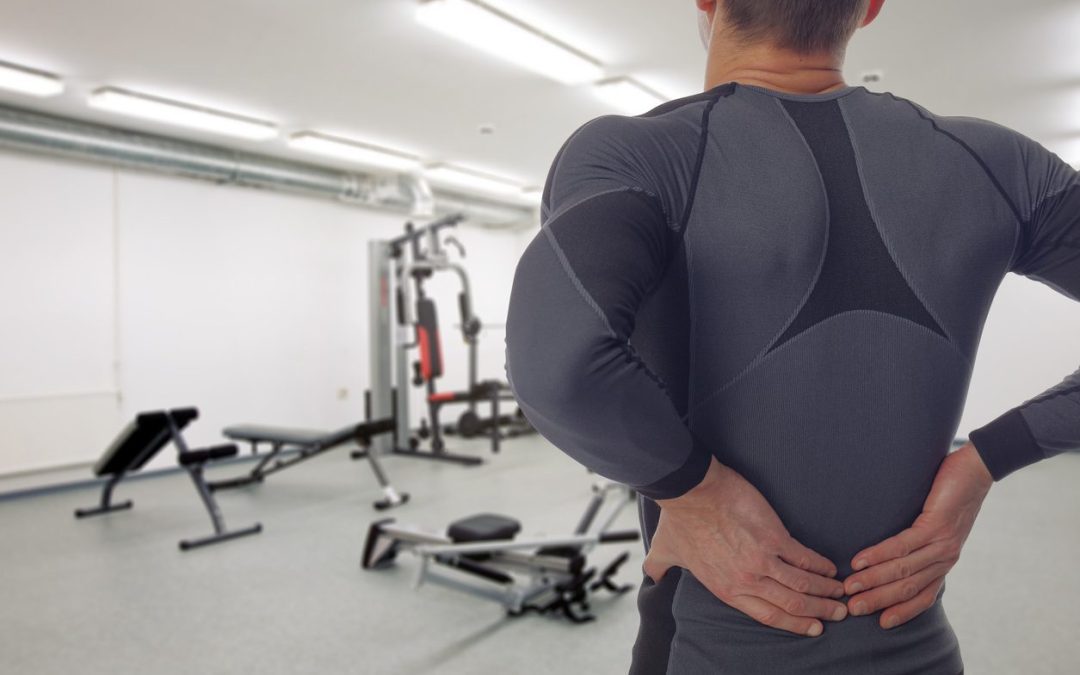 Do you ever wish you had a time machine, if for no other reason that you could go back and tell your younger self not to do some dumbass thing? I think it was Albert Einstein who said something about paradoxes and ripping apart the space-time continuum and all the atoms in the universe exploding in an instantaneous nuclear hellfire, so … never mind that.

Since the time machine thing is off the table, perhaps we can prevent some future dumbass things from taking place. Specifically, maybe we can stop you from getting injured in the gym. No pain, no gain is a myth. If you’re somewhat new to lifting, or even a seasoned gym rat, the information we provide in this article can keep you whole for decades to come, so future grandpa you doesn’t have to give up his gym membership because he’s accumulated too many owies.

I kept saying “we.” This is not a royal “we.” I talked to a bunch of smart people for this piece. Here is what they had to say about building a body that is rock solid and injury free:

Bret Contreras – Know when to walk away

Bret is affectionately known as “The Glute Guy,” because he knows all about building beefier butts. A PhD in exercise science, his website is a wealth of weightlifting science geekery.

Bret told me that people need to know when to call it a day.

“I remember I was in the gym about a year ago and I watched a guy doing bench and he noticeably tweaked his pec,” Bret said. “He got up and was holding it; he was in obvious pain, but five minutes later I saw him on the pec deck trying to finish his pec workout, and he was wincing in pain with each rep. I wanted to tell the guy to go home. I wanted to tell him he was going to be screwed tomorrow.”

Bret’s advice is simple: “If the slightest bad thing happens, just walk away. Go home. Or maybe train another muscle group, like go do some lunges or something. Guys need to understand that when the body is heated up it’s not going to feel as bad when you tweak something because you feel a little invincible, but when you go home and settle down you could find that it’s pretty bad.”

And in what will be a recurring theme in this piece, it boils down to ego.

“Ego definitely hurts guys in the gym. Sometimes it’s to impress an attractive woman or a colleague, but also it’s a battle you do with yourself. I always say that out of four workouts per week, two are going to be mediocre, one is going to be awesome, and one is going to suck. You don’t have four stellar days each week, week after week. There are days that you don’t feel that strong. You acknowledge that it’s a weaker day and that you’re not going to make a PR, and just focus on good form. When you’re weaker the only way to make a PR is to let form go to crap.”

Bret said the problem is with people failing to see the bigger picture. “They only look a month out. They want to look good for the summer. They don’t think 20 years from now and what kind of impact is going to have on their joints.”

Tony is co-founder of Cressey Sports Performance in Massachusetts and trains regular people along with some of the biggest names in Major League Baseball. An accomplished fitness writer, his blog is something to read when you’re pretending to work.

With lifting, Tony says there is a right way, and a wrong way.

“Learn how to do stuff correctly,” he said, “because if you’re using crappy form, breaking down is going to happen.” He also asserts: “You can’t always be in the mindset of ‘Go hard, go hard, go hard, go hard.’ There is a time and place for that. Lifting weights isn’t supposed to tickle, but don’t gauge your progress or the effectiveness of a program but how you’re crawling out the door each day.”

Tony wants you to leave a session wanting to do more.

“You didn’t overdo it and focused on quality reps and moving forward from there, rather than seeing how many reps you can do to failure until you can’t feel the left side of your face. There isn’t a lot to be gained from that. When you’re looking at long-term progress, you should be leaving something in the tank when you leave the gym. It isn’t just about a pool of sweat. You have to put work in, but now it’s gotten to the point where more is better, and it’s not. People get hurt because they keep adding stuff to their training and they don’t take anything out. The body can only handle so much.”

Dean Somerset – Check your ego at the door

Dean is a trainer for World Health in Edmonton and has education and certifications coming out his ears. He’s an expert in movement whose expertise is on injury and medical dysfunction management. Visit his blog.

“For the first six months you shouldn’t be too concerned with how much weight is on the bar, but how to improve the mechanisms of weightlifting,” Dean said. “It is absolutely necessary to check your ego at the door. Think about young guys learning to play basketball; the first thing they want to do is learn how to dunk, when what they really should be doing is learning how to dribble the ball. Injury prevention is about learning how to move the weight properly before putting a lot of weight on the bar.”

Actors rehearse before the play opens, and so should you.

Want to get stronger? Jordan is a 5X world record holding powerlifter who has been featured on CNN. You can read his blog here.

For Jordan, warming up properly is key.

“I like to start with foam rolling,” he said. “Spend enough time in the beginning of your lifting career with the foam roller so that you don’t have to do it as much later. Then get a dynamic warmup in starting from the ground up and then more exercise specific warmups.” A dynamic warm up are movements that mimic the exercise you’re about to do in a safe and controlled fashion.

“The biggest mistake people make is that they jump right into their working sets, going for the heaviest weight possible, which is one of the fastest ways you can get injured. Start off with a lighter weight then progress your way up.” Jordan also cautions about doing the same body part multiple times a week. “Twice a week is fine,” he said.

When Nick talks, I listen, because he’s one of the wisest men is weightlifting. A trainer of trainers, Nick never fails to impress me with his knowledge bombs. Check out his site here.

Nick wants you to think about the inside of the muscles, not just the outside.

“We want to look better, but it has to do with your muscles producing, reducing and controlling force, and what your joints can handle,” Nick said. “Everything comes down to stress vs. distress. You want to create enough stress, which is training, that stimulates the adaption you’re looking for, but not create distress where you go beyond your body’s capacity and injure the tissues.”

This will of course involve some self-experimentation.

“It has to do with common sense. Don’t lift with your ego. No one gives a crap how much you’re lifting. You may think they care, but they don’t. They’re worried about how much they’re lifting. When you’re doing the ego lift you’re forgetting about form and thinking: ‘Just let me move this weight so I can scream and yell,’ and you’ll go beyond what your capacity is.”

And so, you need to change your mindset.

“We have this hardcore mentality. Beast mode. Grind. Whatever. But you have to train around injuries. This idea that you have to train through injuries can take something that may not be debilitating and turn it into a debilitating injury.” And perhaps most importantly, Nick says, “Don’t try to fit yourself to exercise. Fit the exercise to you. Just because someone likes a certain type of deadlift doesn’t mean it’s the best way for you to do it. It’s only an ‘event’ for powerlifters. They’re the only ones who have to lift a certain way for their competition. Everything else is just an exercise. So play with the stance, whatever you can do that feels more comfortable. It doesn’t mean the exercise is easy, it means no pain.”

Mike has a PhD in exercise science and an MS in biomechanics, plus he walks the talk in the lifting department, so he knows all about the right way to move. Check out his site here.

Mike likes the big lifts: Deadlift, squat and bench. But they come with a caution.

“Heavy symmetrical exercise is good,” Mike said. “The drawback is that if your structure is asymmetric, and you’re trying to do a heavy symmetric load, then this can create problems over time. Symmetry is something you really need to be worried about. If you’re driving a car and bend the right front suspension arm, you can still drive the car straight, but you’re always putting neurological input into the steering wheel to keep it straight. With a squat, if your symmetry is off, you may be able to look symmetric, but the muscles firing to accomplish that movement is asymmetric, and that’s bad.”

So how do you tell if you’re not symmetric?