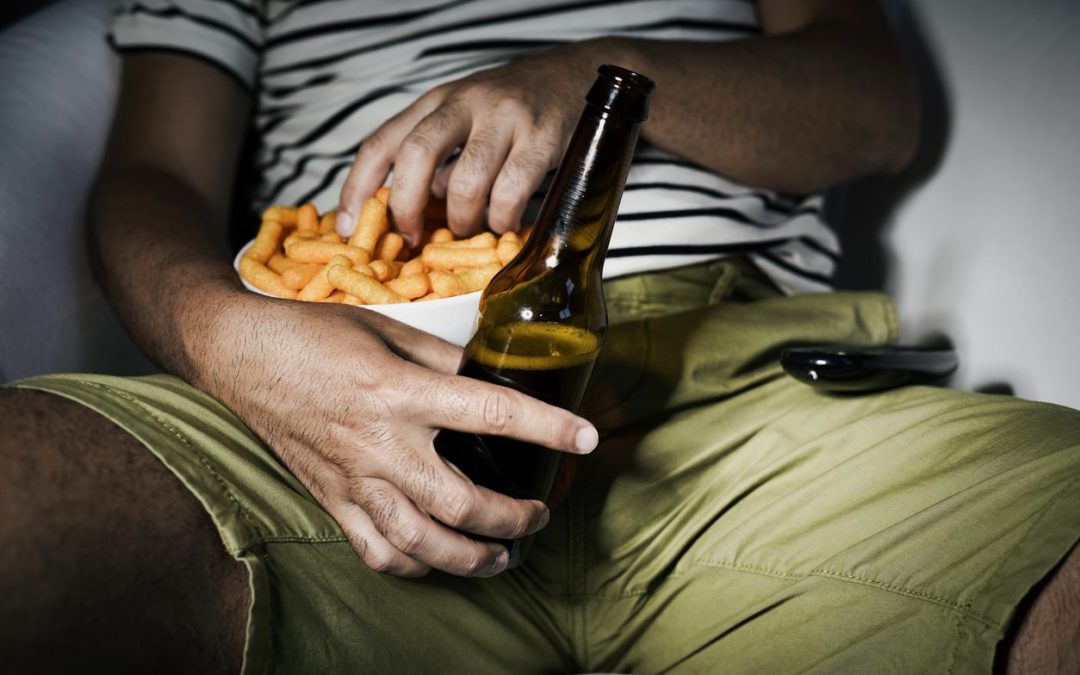 Have you ever noticed that movie titles with a colon in them suck?

While you may disregard the feline rescue flicks, perhaps you’re still wasting too much time in front of the tube, and it’s expanding your waistline. Do you turn on Netflicks and say, “Hey, here’s a 2.5 star movie that isn’t completely lame”? Or maybe it was TiVo to the rescue because you just had to see how much the final season of Two-and-a-Half Men was going to make you vomit.

You need to stop watching that crap. I’m not telling you to miss Ser Gregor Clegane squeeze some guy’s head into goo, or heaven forbid you didn’t see left shark flub his dance moves, but if you like to watch every mediocre thing that’s on you should read on about how too much tube time makes you fat.

Did you know that the number one reason people don’t exercise is because of a lack of time? Everyone is so over-scheduled with work and other family duties that they can’t find time for getting fit, yet there is still time for TV. Nielsen ratings show that Americans are in front of the TV for an average of five hours per day.

That represents a huge waste of time. And think of this, staying up late to catch Conan O’Leno could be cutting into the perfect exercise time.

Barbara Brehm is a professor of exercise and sport studies at Smith College in Northampton, Mass., and in her 2004 book, Successful Fitness Motivation Strategies, she outlined how self-control is a limited resource and that the stress we experience during the day gradually erodes our willpower to exercise. “People who exercise early in the morning have the highest adherence rates; they have not yet expended time and energy overcoming the barriers that inevitably develop during the day,” she states. I can attest to the veracity of that statement. After a crappy day at work I was more likely to hit the liquor store on the way home than the gym.

What it boils down to is that if you skipped TV and went to bed at a decent hour you could get up early and go exercise.

The food industry has an advertising budget second only to that of the automotive industry, and for every commercial extolling the virtues of fruits and vegetables there are about a thousand others putting jingles like “I’m lovin’ it!” and “Mmmm… I love Turtles” in your head.

Oh, and if you thought I pulled that “thousand” number out of my ass, a 2005 report determined that in U.S. branded “food, beverage, candy and restaurant advertising hit $11.26 billion in 2004, compared to a mere $9.55 million to advertise the Five A Day campaign.” That is “billion” vs. “million.”

Maybe that’s why television is shown to result in increased meal frequency and high television watching is directly linked to obesity. Your brain is constantly inundated with messaging about high-calorie treat food, and you become more inclined to go out and buy it.

Beyond the food advertising, eating while watching TV can make you fat.

You actually are prone to eat more while watching television. It’s like your brain checks out and you will eat even if you’re not hungry, and you’ll overeat. When you eat at a table you are more conscious of the food that goes in your mouth, but TV serves as a distraction of what and how much you’re eating. According to the above linked study, “Television viewing induced a significant stimulation of [food] intake.”

The result is you get fatter and fatter while wondering if Sheldon and Amy will ever have sex.

One study determined that “television viewing has a fairly profound lowering effect of metabolic rate and may be a mechanism for the relationship between obesity and amount of television viewing.”

Did you know that 20% of your resting metabolic rate comes from brain function? Now think about how spaced out you get watching some of the mindless drivel that’s on TV. You don’t really have to use your brain to watch it; it just sorts of flows over you and you go into a lower state of consciousness. Even just sitting there without the TV on staring off into space burns more calories than watching TV does, because you’re brain is going to be more active without TV on; all of a sudden it needs to take on the job of entertaining you. You’re likely to fidget more as well.

Watching TV shuts you down; it’s decreased brain activity with decreased movement. All this adds up to fewer calories burned and more pounds around the midsection.

This graphic hopefully gets you up from in front of the TV. The authors point out that sitting causes:

Unless you’re on a treadmill or doing jumping jacks while watching TV, you’re going to die sooner and fatter. So if yourself watching hours of some stupid vampire show just so you can see a boob or two, go out and find some real boobs to play with. You’ll certainly burn more calories.