5 Tips to Improve Your Running Technique 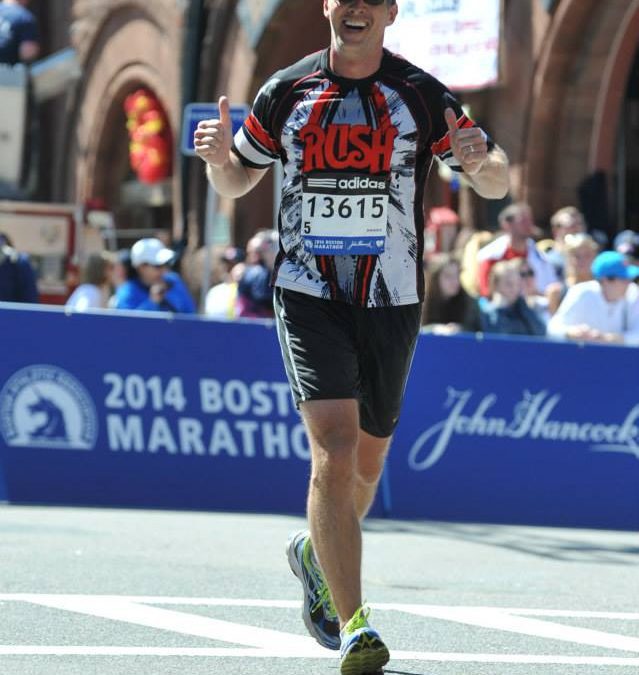 When faced with the prospect of altering my running technique, my initial response was No. Friggin’. Way.

I mean, who really needs a running coach? Humans have been running for millennia. We just put on some shoes and go out and do it. Your technique is what it is, and trying to actually change it seems a Herculean task with minimal potential benefit. Hey, I finished my first marathon in under four hours with the technique I have …

That’s a lot of excuses, built on fear. The reality is, 80% of people have poor running technique, and improving it is easier than you know.

It mostly boils down to computers and shoes.

Many of us have desk jobs and comfy chairs, so we slouch forward, staring at the computer screen, and this poor posture translates over into our running technique. The other problem is comfortable shoes – and not just running shoes, but any shoes. These shoes make the muscles in our feet weaker so they’re not as well adapted for running. So we wear runners with thick pads that allow us to hammer into the ground repeatedly rather than run soft and silent.

Imagine Rocky Balboa in the 12th round. He’s all hunched forward, with arms hanging low. That’s what most people run like. Don’t believe me? Go watch. I never noticed until I started running properly. The vast majority of runners have their arms hanging low and are leading more with their foreheads than with their chests. Check out this photo of me about 20 miles into the 2012 L.A. Marathon. 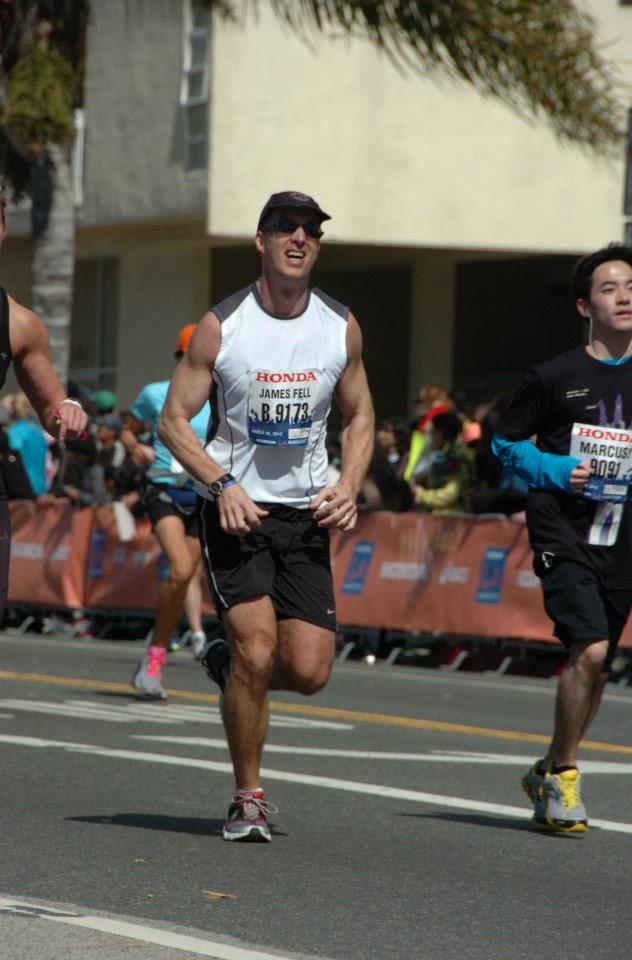 When training to qualify for the Boston Marathon, I decided I needed professional help. Cory Fagan at TCR Sport Lab in Calgary has a masters of science degree in exercise physiology, and thus far he’s helped me make great improvements in my running technique.

“You don’t want to do the Rocky Balboa run,” Cory told me, mimicking hunching forward with his arms hanging low. Instead, you want to …

“You need to run with presence, like you own the path,” Cory said. “Run like you are a person of high status.” It’s important to do the opposite of the way you may sit at a desk. Imagine that there is a piece of thread attached to the top of your head that is pulling you towards the sky. You want to lengthen out your abs and try to stand as tall as you possibly can. No more of the Rocky Balboa stuff. Instead of leading with your forehead, it’s important to thrust your chest out and lead with it instead.

This takes some of the pressure of your quads in the front of your legs and engages the butt and hamstring muscles as well. It also evens out the shock of running across the entire musculoskeletal system.

To assist with this, it’s a good idea to practice good posture when not running. Move the back of the seat in your car up, practice standing tall everywhere you walk, and try not to slouch at your desk either. That last one is hard, I’ve found.

Professional runners have a faster stride cadence, which means they don’t take really long strides. A long stride means you hit the ground harder, which you don’t want. More on that in the next tip.

To run with a faster stride rate, you need to pull your hands up higher so that sometimes your thumbs will brush against your chest. You definitely want the angle to be less than 90 degrees. This creates a shorter lever so that you can rock your arms at the shoulder joint more rapidly (with a short movement).

And your feet will naturally follow the same cadence. So, if you’re used to taking longer strides, this will shorten them, but also make the strides faster which will more than compensate in terms of speed.

Not outside though, unless you’re a masochist.

Cory instructed me to get on a treadmill for about five minutes once or twice a week in my stocking feet. The reason why is that, without those padded runners on, you learn the proper way to land, which is softly, quietly. “The disadvantage of good running shoes these days is that they eliminate the foot’s ability to sense the ground, so it allows you to just slam hard into the ground,” Cory told me.

It’s more of a mid-foot strike, but practicing barefoot will get you used to the idea of hitting the ground a lot softer. This isn’t just about injury prevention, but minimizing effort and improving overall efficiency.

I’ve written about how, at the beginning and intermediate levels, listening to music can enhance your running performance. But when you get to higher performing levels, you need to be in more of an “associative state.” That means paying attention to what’s happening with your body. Well, thinking about your technique involves a fair bit of paying attention. Give it a try, and put your focus into technique instead of your playlist and see what happens.

It’s easier than you think

It didn’t take long for me to be able to pull all this advice together. My coach took video of before and after and put it on a split screen for me to see on his iPad. Of the before video he said, “That guy looks like he’s coming to the end of a marathon, and he’s not going to make it.” But of the after video Cory said, “But that guy looks like he knows what he’s doing.” By the way, a simple change in technique knocked five minutes off my 10K time like it was nothing.

There are more advanced tips than this that I’m learning as well, but you’d need a coach to go hands-on with to teach them. If you’re looking to get faster and go longer, as well as prevent injury, I recommend seeking out a qualified coach. I’m very pleased with the work TCR has done for me.

Running can help you look good, and by focusing on improving your technique, you can look good while you’re doing it too.

This piece was first published on Chatelaine.com.