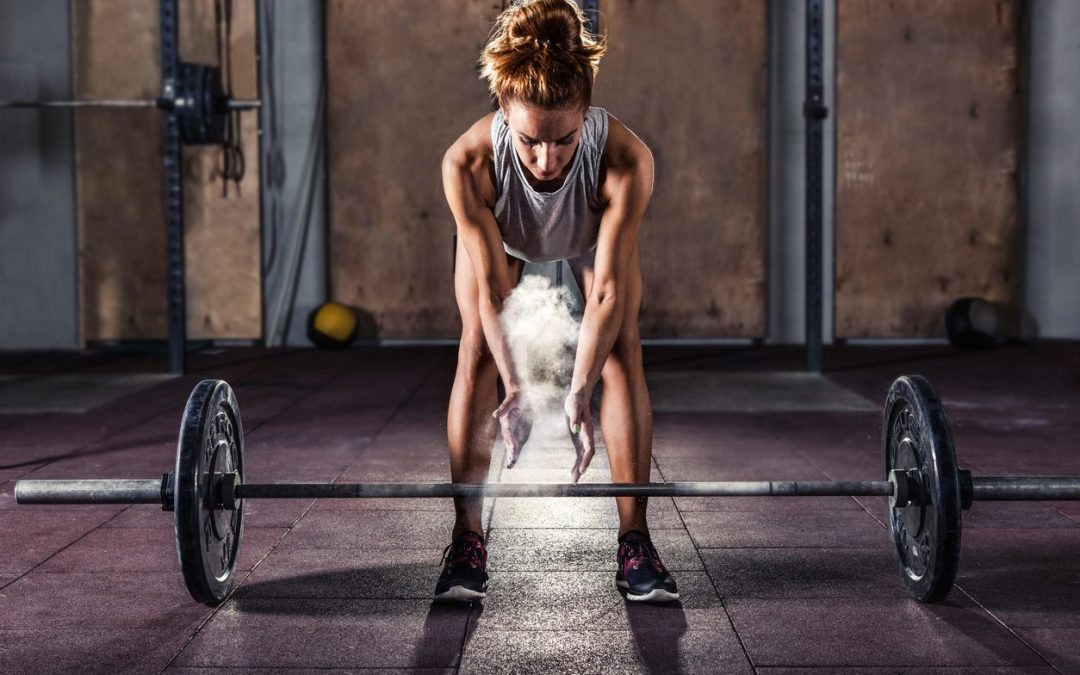 That one’s a no brainer, and so I didn’t put it on my list. Notice that I didn’t put the word “never” in the title either, because there is some debate on one of these. I’ll get into that in a minute. First, a little background.

Recently I spent a few days in Kansas City (the one in Missouri) for The Fitness Summit. Just FYI, I’m going back to that summit again and again, because it was awesome. Its focus is super high quality with a low quantity of attendees. I was astounded at some of the rock stars of fitness I met.

One presentation by Casssandra Forsythe (a PhD, RD who co-authored the New Rules of Lifting for Women with the one and only Lou Shuler) about the role of women in fitness prompted a dinnertime discussion about how women are sometimes viewed in the weight room.

Now before we get into these four things the title of this article alludes to, I need to start off with some preliminary advice in regards to should you even be bothering someone in the gym in the first place?

So I STRONGLY recommend that you read this piece I wrote about what women think about men chatting with them at the gym before going any further.

It’s interesting to note that, after writing that strongly recommended piece, I had some women say that they didn’t mind getting approached at the gym, if it was done well. So I wrote a follow up piece about when and how to talk to women at the gym.

You read those things, right? Good. Here are four questions you shouldn’t ask a woman at the gym.

Seriously, if she’s picking up a heavy weight, it’s because she’s comfortable picking up heavy shit and putting it back down again. She doesn’t need you to be her valiant knight in shining spandex to come and lift the big, bad dumbbell for her.

If she wants help with something, she’ll ask.

2. Shouldn’t you be over there on the cardio machines?

I only include this one because I actually heard a guy say it once to a woman who was doing one-armed dumbbell rows. Here is how it went down:

Her response: Uh, what?

Him, suddenly unsure of himself, and deciding the correct path is to dig deeper: Weights are where the guys are. All your friends are over there on the ellipticals.

Her: Are you fucking serious?

Then it got awkward, and he promptly left. I got the impression that he wasn’t a complete asshole, and was just trying to be funny, and failing miserably. Perhaps he learned his lesson.

3. Aren’t you afraid you’ll get bulky?

Everyone of every gender comes in myriad shapes and sizes, and YOU don’t get to decide what someone should or should not desire for their body shape. If a woman wants to be stronger, leaner, heavier, lighter, more muscular or to tattoo a skull with snakes coming out of the eye sockets on her chest then it is all none of your damn business!

I thought it was awesome being at the Fitness Summit and surrounded by so many strong and muscular women. My wife is strong and muscular, and I like that. If you don’t like it, that’s fine, but don’t expect women to cater to your preferences or concepts of what a woman “should” look like. Doing so makes you an asshole.

4. Are you preparing for a show?

I did this, once.

And I got lucky, because the answer was “yes.” Just FYI, I asked the question after she asked me for a spot, and she didn’t mind being asked, and I ended up interviewing her for an article. Note that article also includes an interview with Ms. Figure Olympia Erin Stern.

Anyway, this was the dinnertime discussion we had at the Fitness Summit. If I recall correctly, Cassandra had mentioned in her presentation that we shouldn’t be assuming that just because a woman is going hard with the iron that it means she’s prepping for a physique competition.

Because she may just be lifting hard because she likes to lift hard; because she’s prepping for real life. I like to carry as many grocery bags from the car to the house in one go as possible. Some auto mechanics have pneumatic wrenches and no sense of moderation, which makes changing tires challenging. I don’t know how my kids get all that shit under the couch, but I need to move it and vacuum under there on a regular basis or bad smells start to happen. All that downhill ski equipment is heavy, and I don’t want to make two trips.

A woman doesn’t need any reason to lift other than she wants to. It doesn’t have to be for a show.

But note that the responses from the women seated near me at dinner in regards to this one were not unanimous. Some said they’d be flattered. Nevertheless, I think it’s a risky icebreaker.

If you see an opening, and want to talk to someone, just say hello.